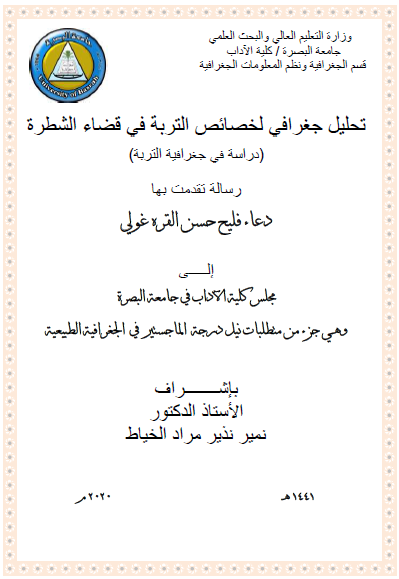 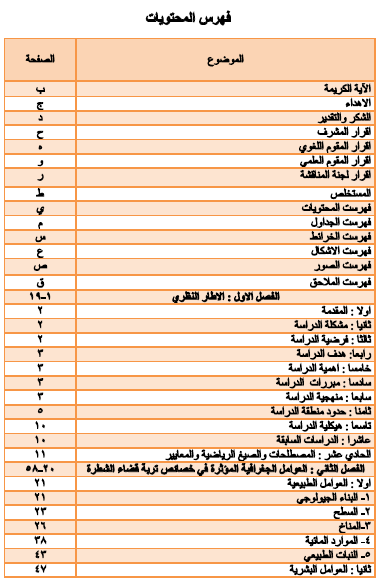 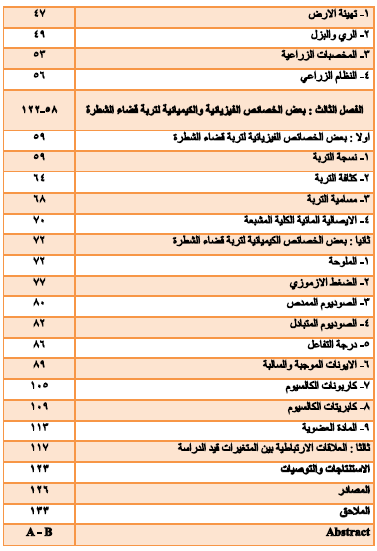 A Thesis Submitted
By
DOAA FLEIH HASSAN AL-QARAGOLI
To
The Council of the College of Arts, University of Basrah in Partial Fulfillment of the Requirements for The Master Degree
in Geography
Supervised by Assist Prof.
NAMEER NATHEER MURAD AL-KHAYAR
1441 H. - 2020 A.D 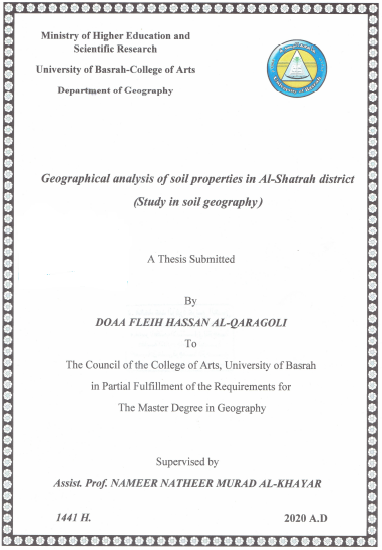 The study aims to know the physical and chemical properties of the soil of the study area and the gengraphical factors affecting these properties. The study adopted the analytical geographic approach in addition to the descriptive approach, and it depends on the library resources and the state departments that have a relationship with the subject of the study, space visuals, some mathematical formulas and field field study, as (68) soil samples distributed between the two depths (0-30) cm and (30) were collected. -60) cm and the two seasons wet on 1/3/2019, dry on August 25 2019), and (8) water samples from the Shatt Al-Gharaf stream, distributed between the two seasons (wet on 1/3/2019, dry on August 25 2019) and analyzed Laboratory in the laboratories of the Environmental Consulting Office in the presidency of Dhi Qar University, using highprecision devices and comparing the results with international standards for the purpose of knowing the characteristics of the soil of Al-Shatrah district. The study included four chapters. The first chapter fucused on the theoretical framework of the message, while the second chapter dealt with geographical factors affecting the characteristics of the soil of AlShatrah district, represented by (geological construction, surface, climate, water resource, natural plant, oil preparation, irrigation, punature agricultural fertilizers, and agricultural system). The third chapter dealt with some physical characteristics The chemical properties of the study area soil, which are (tissues, density, porosity, saturated total water conductivity, salinity, osmotic pressure, interchangeable and absorbed sodium, degree of reaction and some positive ions ((calcium, sodium, magnesium, potassium)), some negative ions ((chloride, sulfate, and carbonate)), calcium carbonate, and sulfate And knowing their levels in the two seasons (wet and dry) and in the shoulders and pond areas, as well as the correlations between the studied variables. The study reached the spatial and seasonal variation of soil properties, as a result of the geographical factors affecting them. In general, it is a soil that has good properties, as it was found that it has a mixture texture, density and good porosity, a muerte cursductivity rate, medium salinity, good mutual sodium ratio, a weak base reaction level and ions studied within the standard except for calcium and magnesium Their ratio is high, and the soil of the study area is calcareous and less gypsum. As for the organic matter, its proportion is low in it, and therefore such soil is generally good. 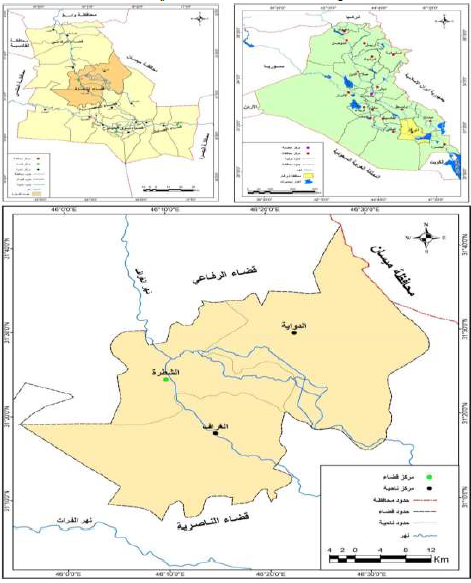 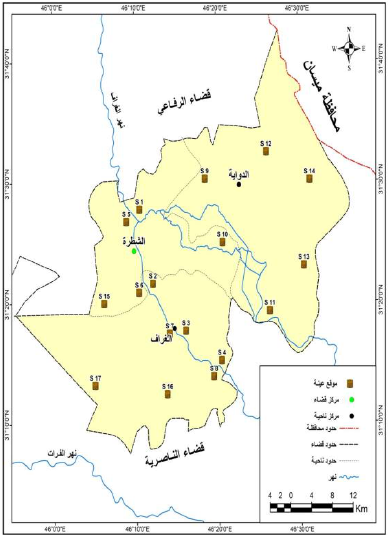 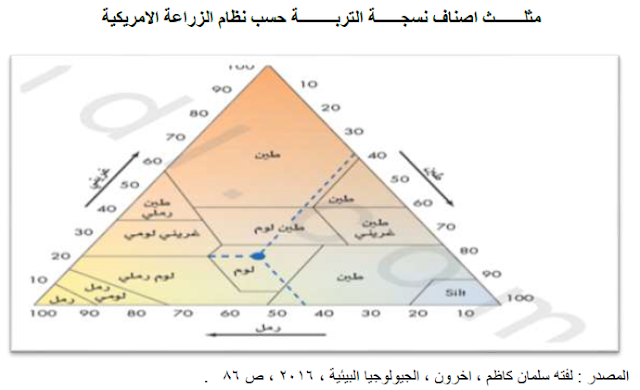 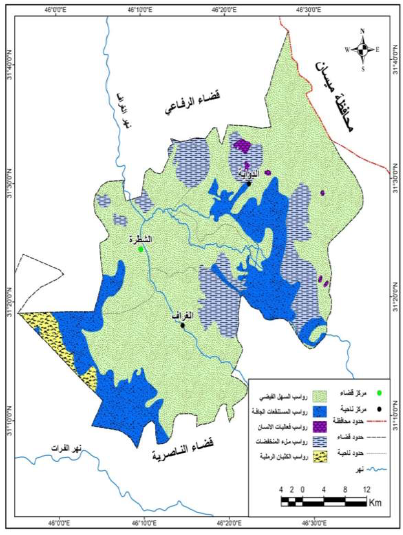 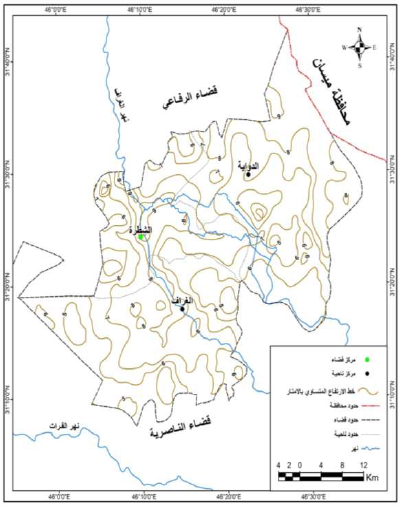 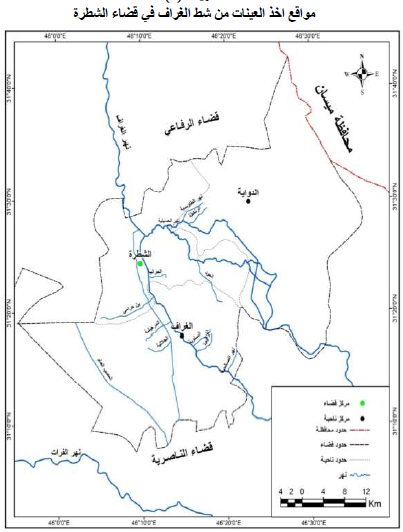 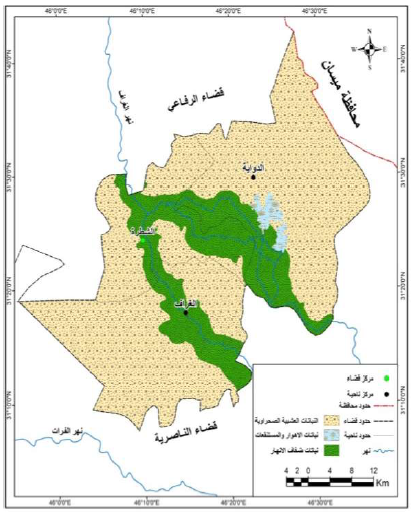 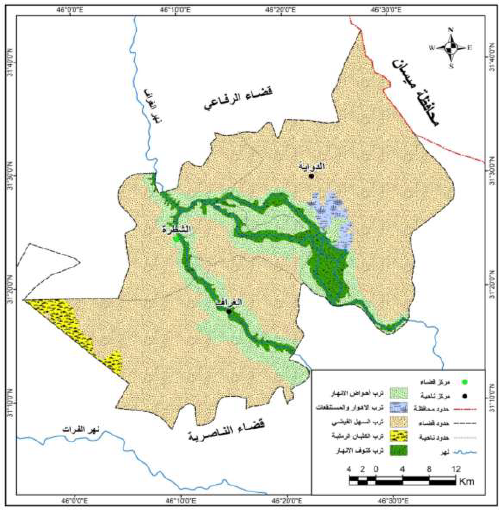