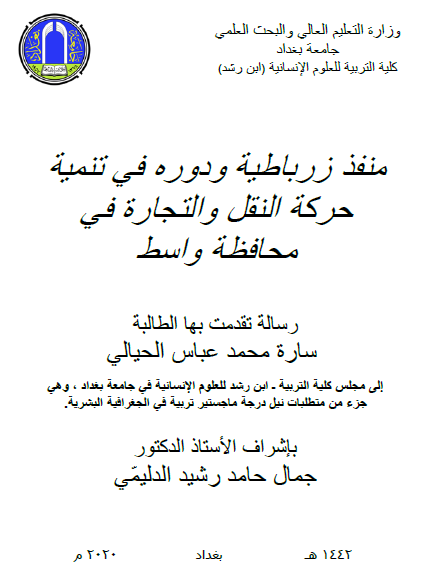 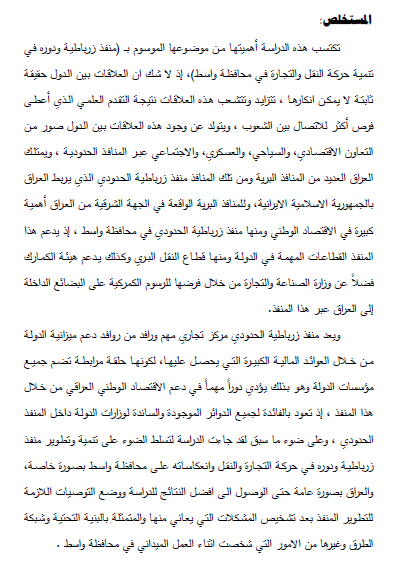 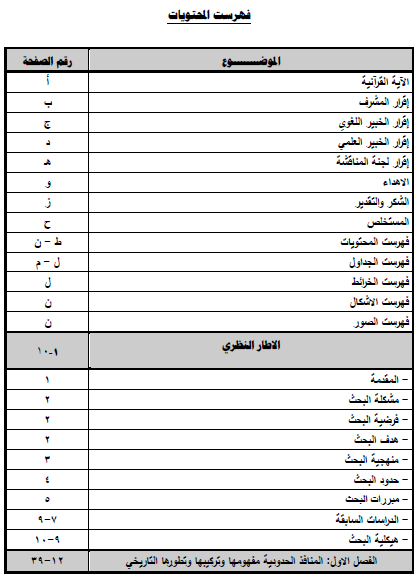 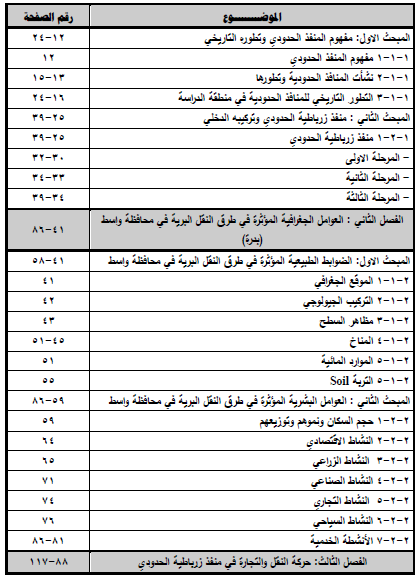 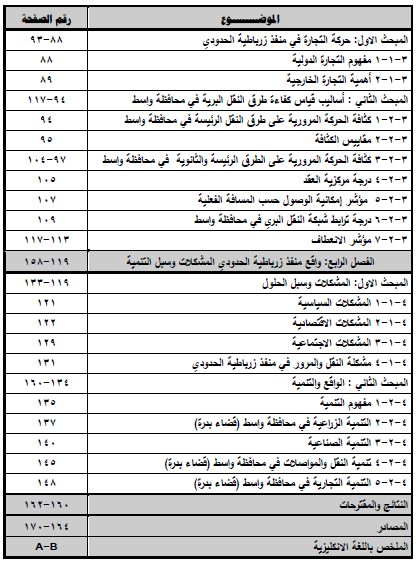 Athesis Submitted By
Sara Mohammed Abas Abid Alhiali
To
The Council the College of Education - Ibn Rushud for Humaniterian Sciences in Baghdad University, as partial Fulfillment of the Requirements of Gaining Master Degree in the Education of Humane Geography
Supervised by
Prof .Dr.
Jamal Hamid Rashid Al- Dulaimi
1442 A.H 2020 A.D 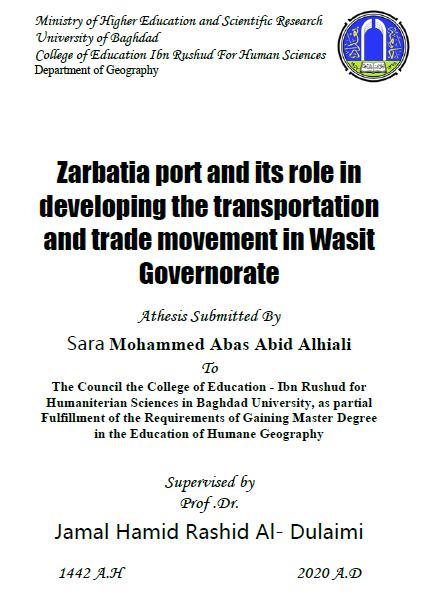 This study is gaining its importance from its topic marked with (Zarbatia port and its role in developing the transportation and trade movement in Wasit Governorate), as there is no doubt that relations between countries are a constant reality that cannot be denied. The existence of these relations between the countries generates images of economic, tourism, military and social cooperation through the border outlets. Iraq has many land outlets, including those border posts that connect Iraq to the Islamic Republic of Iran and the land outlets located in the eastern side. N. Iraq of great importance in the national economy, including the Zurbatiyah border port in the province of Wasit, as this port sectors important supports in the state, including the road transport sector, as well as supporting staff customs as well as the Ministry of Industry and Trade through the imposition of duties of customs on goods entering Iraq via this port.
The Zurbatiya border port is considered an important commercial center and a tributary of the tributaries of the state budget support through the large financial returns obtained by being a linking circle that includes all state institutions and thus plays an A important role in supporting the Iraqi national economy through this port, as it benefits all existing and support departments For state ministries within the border port, and in light of the above, the study came to shed light on the development and development of the Zarbati port and its role in the movement of trade and transport and its implications for Wasit Governorate in particular and Iraq in general until reaching the best results for the study and making the necessary recommendations For the implemented development after diagnosing the problems that it suffers from, including infrastructure, road network, and other things that were diagnosed during field work in Wasit Governorate. 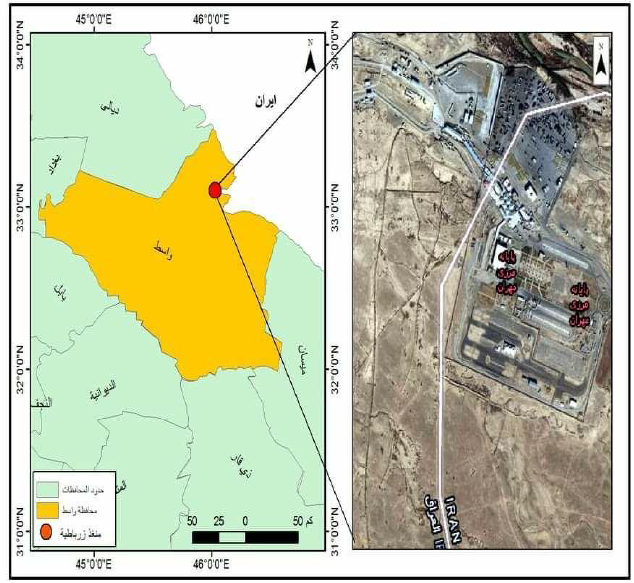 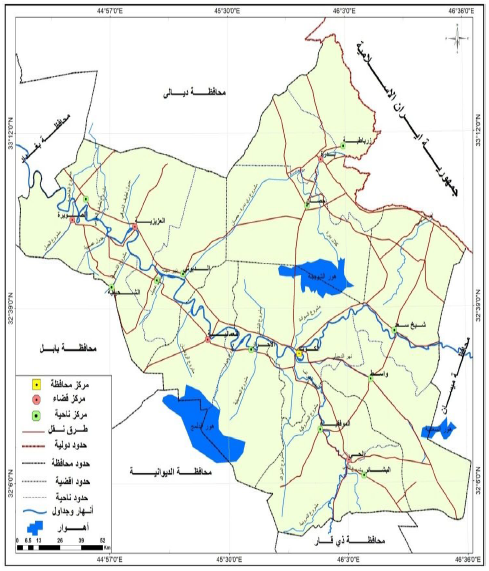 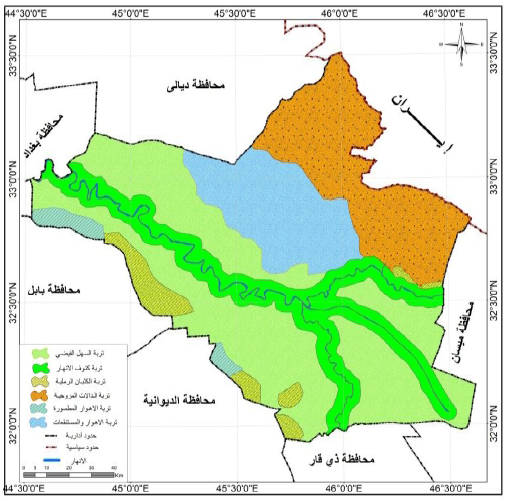 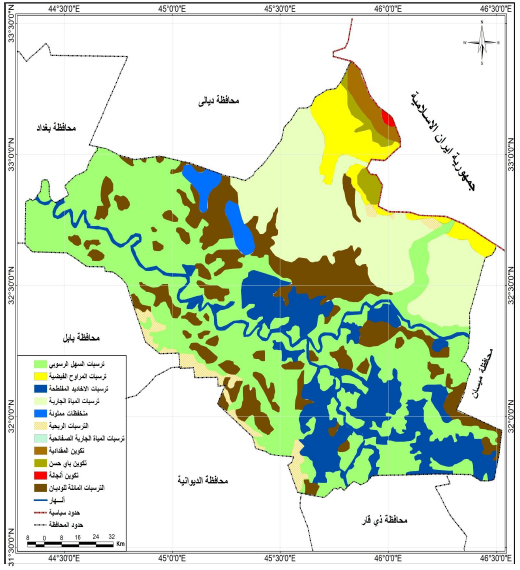