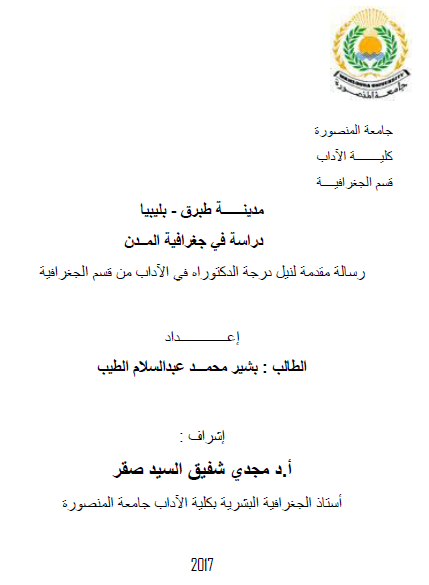 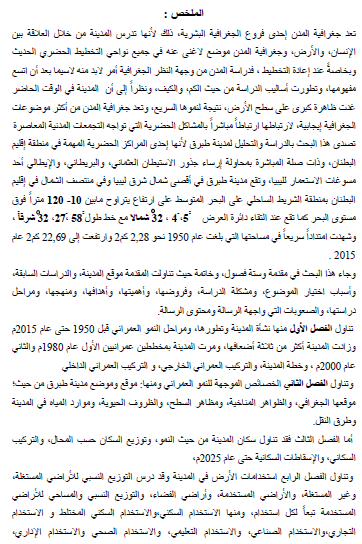 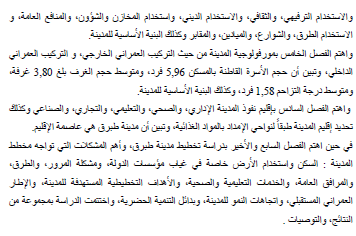 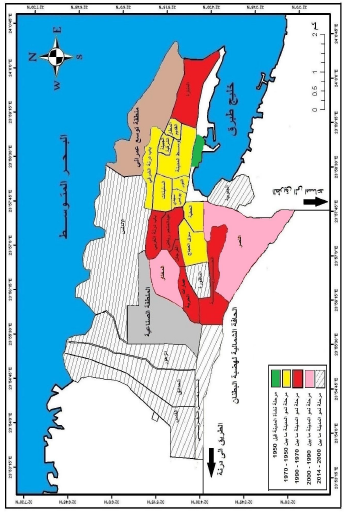 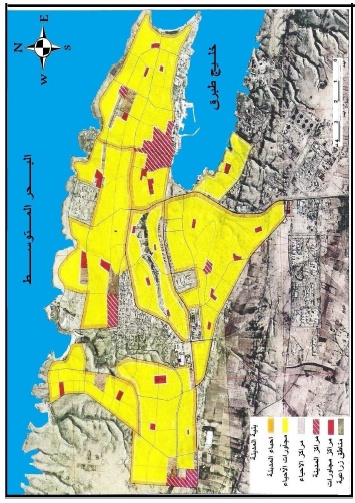 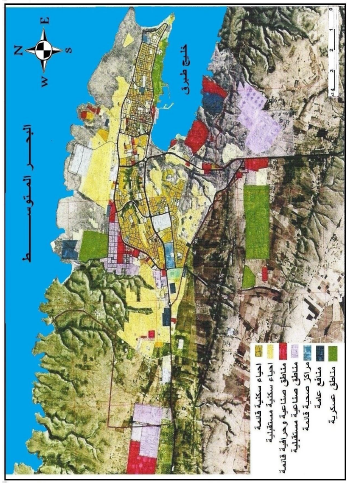 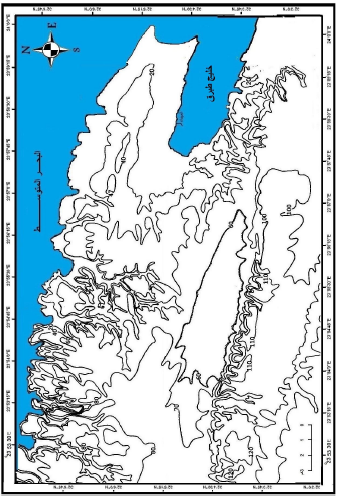 TOBROK CITY – LIBYA
A study in the geography of cities 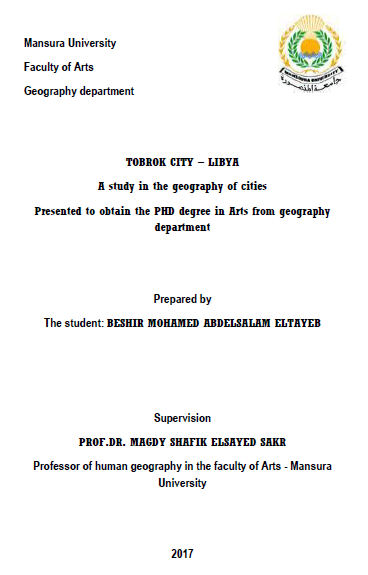 Abstract
The geography of cities is one branch of the human geography , in which it studies the city in term of the relation between man and the land . The geography of cities is an essential subject in all fields of the urban planification , especially when we are dealing with hereplanning . It is worthy noting that the study of the city is inventible especially after its concept has been extended and thus the study has developed in both quantity and quality . Due to the fact that the city has become a significant phenomenon on the surface of the earth because of its rapid growth, the geography of cities is considered the most positive subject because of its direct connection to the urban problems facing the modern urban agglomeration.
This research has taken a great interest, by both study and analysis the city of Tobruk, as it is one of the urban city of great importance in the province of Elbatnan. The city is also of close connection with the foundation of Othoman settlement along with the British ans Italian colonies which taken as one of the colonial justifications. Meanwhile Tobruk is located in the extereme north eastern part of Libya , and in the middle of the Albatnan territory on the coastal strip of the Miditerranean sea , situated on a height ranging from 10 – 120 meters above the sea level and at the turning point of parallel of latitude 5-4-32 north with the north meridian of longitude 58 -27- 23 east. The city witnessed a rapid extension in its area reached in 1950 around 2.28 km2 and got bigger reaching in 2015 around 22.69 km2 . This research has an introduction and seven chapters along with a conclusion .
The introduction has dealt with the location of the city, the previous studies and the choice of the subject a long with the problem of the study, its importance , its objective and its method and the periods of its study. The first chapter contains the emergency of the city , its development and the periods of urban growth before 1950 up to 2015. The city has increased three fold.The city saw wo urban planning , the first was in 1980 and the second in 2000.
In the second chapter,the research has studied the factors driving and directing the urban growth including the location of the city, geographical position and the climate phenomena, the surface aspects, the vital conditions and water resources in the city. As for the third chapter , it has dealt with the population in term of growth and their distribution according to the locations, the populations untiln2025, as well as the human factors directing the growth , the transport roads, land, sea and air transport. In the fourth chapter , the uses of land inside the cities according to the area devoted to each relevant use. It showed that the most uses are limited to the housing with rate of 67.15% of the total uses of land being built and the second come the streets and sequares of about 14.92% of the total land uses and the next comes the industrial of about 0,26% of the total land , whereas the commercial uses have come down to about 1.79% of the total built land .
The fifth chapter has focalized on the morphology of the city in terms of the urban and external structure and internal urban structure .
The study has revealed that the family size inhabiting a house is 5,96 individual , and the average room size is about 3.80 rooms and the average degree of crowd and jostle is 1.58 individual . The study took an account the infrastructure of the city .
As for the sixth chapter , it has dealt with administrative, healthy , educational, commercial, and industrial affairs of influence . It took in consideration most aspects relating to the provisioning of food stuff and the study showed that Tobrukis the capital of the territory. As for the seventh chapter, it considered the study of the planning of the city of Tobruk and the most important problem facing the planification , housing and land uses in the absence of the state institutions, the traffic problems, public utilities, healthy and educational services . the planning objectives targeting the city, the frame of the future urban and the growth trends of the city along with the urban development alternatives. The study has concluded with a range of results , outcomes and some.
تحميل الأطروحة من
⇊
↩   top4top
↓
↩      mega.nz
↓
↩   drive.google
⇊
قراءة وتحميل من
↓
↩ drive.google
⇊
تعديل المقال
الأقسام الجغرافيا البشرية رسائل علمية