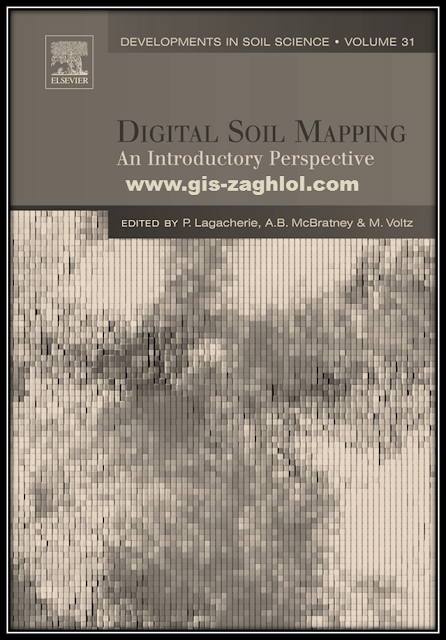 This e-book is an encyclopedia for Digital Soil Mapping, as it contains 9 main topics, these topics are divided into many sub-topics, all in 660 pages, and these some topics are covered in the book Digital Soil Mapping:-
As digital soil mapping is now moving inexorably from the research phase to the effective production of soil maps, it is destined to play a great role in the development of current and future soil spatial information systems. The way digital soil mapping will be integrated into current soil inventory and soil data acquisition programs has thus to be carefully addressed to ensure an effective benefit to the users. It seems obvious that no single and ideal way can be proposed because the current state of soil data is strongly influenced by the pedological, historical and economic particularities of each region of the world.
Indeed, these regions exhibit great differences in their development of digital soil mapping. This section aims to illustrate this by showing four examples of past and current development of Soil Information Systems at the national or regional scale in which digital soil mapping is at different stages of development.
Presents a review of digital soil mapping in Australia where there is a rich tradition of research in this area. DSM approaches was recognised early as a relevant alternative to classical soil inventory programs because of the large size of Australia (relative to its population).
Illustrates this strategy for the particular case of Finland where an ongoing digital soil mapping project aims to produce a 1:250,000 scale georeferenced soil database. It describes a straightforward digital soil mapping approach that exploits a large set of previously collected soil data in association with spatial data on relevant environmental variables. The approach is favoured by relatively simple and well-known soil variations at the national level.
Click here to Download the book pdf