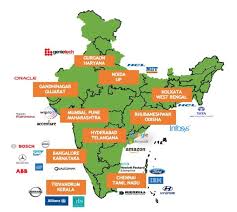 In the last quarter of the twentieth century, the concept of communication entered strongly in the definition of maps, so that it became known as “the map is that Intellectual Abstraction of the geographical reality prepared for communication” by transforming the geographical information related to the subject subject of presentation to a visual, digital (electronic) or tangible end. .
Here, a concept appears in the map after communication, so that it is ensured that the map is an abstraction prepared for communication, meaning that the main goal of the map is to connect it to the future of the map. Also, the technical development that took place in the means and methods of communication made the map in its communicative role no longer only the paper symbolic image of reality, but with the development of information transmission systems and computer use, there has become what is called digital maps, in addition to the development of the production of three-dimensional or prominent maps, which can be He deals with it through touch.

Contents of the digital maps of India:-