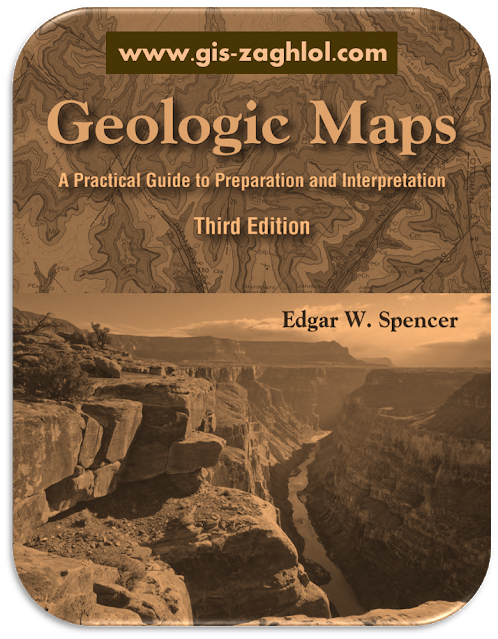 Maps and Images Used in the Study of Earth

Many techniques are used to portray the surface and near-surface features of the Earth. Some of these, such as photographs and sketches of the landscape, depict the Earth’s surface in ways in which we are accustomed to viewing it. Other techniques, such as geologic maps and cross sections, are designed to reveal features that are not obvious to the casual observer. Each method of illustration has certain advantages.
These maps or illustrations are the end product of the accumulation of large amounts of data, interpretation, revision, and documentation of the Earth’s surface. They allow the geologist, geographer, engineer, and planner to visually image this data and embark on an adventure to discern and understand the Earth’s surface and the underlying structure in an area of interest. This is the logical first step in understanding the natural environment and in deciding the need for additional geologic study or engineering work.

Preparing a geologic map provides an excellent opportunity to combine skills in map reading, rock identification, measurement of structural features, and drafting. Before the map is complete, you will also use your abilities to visualize the threedimensional shape of the rock units and how they relate to the form of the land.
Because geologists prepare maps on the basis of a limited number of observations, the final product is an interpretation of what they can see and how those observations can be projected across covered areas. Finally, the map is a guide to what can be inferred about the subsurface and about the geological evolution of the area. This chapter outlines procedures and methods you may follow in carrying out a mapping project. A basic review of rock identification follows in Chapter 4.

Geologic maps of surficial materials show mainly unconsolidated sediment, such as alluvium, beach sands, lake deposits, sand dunes, talus, colluvium, etc. Bedrock maps show the mapper’s interpretation of the distribution of bedrock map units beneath surficial materials, as well as where they are exposed at the ground surface. Maps that combine the two generally indicate where bedrock units are exposed and where they are covered only by soil. Surficial deposits are shown in other areas.
Surficial geologic maps should not be confused with soil maps. The Natural Resources Conservation Service and other government agencies prepare maps showing the distribution of soil types. The map units used on these maps are unlike those on geologic maps. The map units on surficial geologic maps are defined on the origin of the material (e.g., stream alluvium, lake bed deposits). Soil maps have identification of soil fertility as a primary function. The two are related, but the names used on soil maps are quite different from those used on geologic maps.
Click here to Download The Book pdf
تعديل المقال
الأقسام الكتب الأجنبية