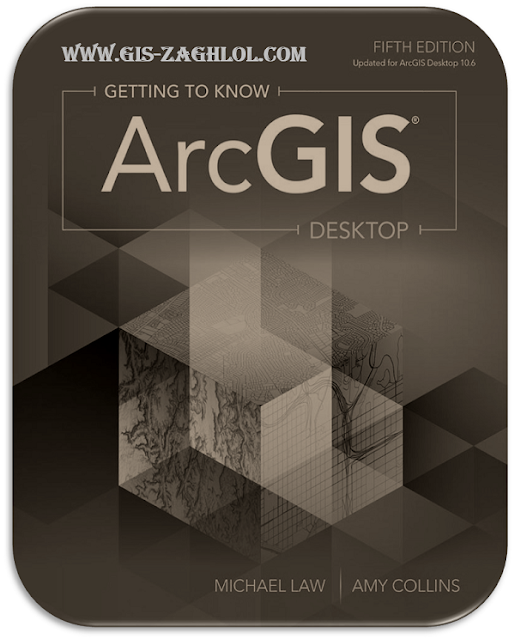 An important aspect of using ArcMap is to decide what data to map and how to map it. You just worked with qualitative data in chapter 7. In this chapter, you will work with quantitative data. Common examples of quantitative attributes are the population of a country, the area of a city block, and the length of hydroelectric transmission lines.
Quantitative maps show numeric values in relation to one another on a continuous scale. Although you can map individual values, it is often more useful to group or classify these values. This will help your readers to separate the data visually, so it can be understood more easily. Deciding how many classes are appropriate for the data and the method of classification used is called classifying data. Depending on the message you are trying to convey, ArcMap can create several types of quantitative maps: graduated color, graduated symbol, proportional symbol, dot density, and charts.
A graduated-color map uses a change in color to represent data classifications. A ramp with a single color (called monochromatic) is suited to data that moves from small to large values. Sequential schemes such as population increase can be shown with light colors for smaller amounts of change and dark colors for larger amounts of change. A ramp with two colors can be used to represent a divergent scheme, such as population increase and decrease. The extreme values are shown in dark colors, and the middle values are shown in light colors.
A graduated-symbol map uses a symbol that varies in size to represent numeric attribute values. Points that increase in size can represent a city’s growing population. Different line widths can be used to represent the increasing flow of a pipe or a river. Generally, three to seven graduated colors are used. If more than seven colors are used, the difference between colors may not be distinguishable by the human eye.
A proportional-symbol map is similar to a graduated-symbol map, except that the symbols are drawn proportionally in size. A country with a population of 50 million people would have a symbol five times larger than a country with a population of 10 million people. These symbols are most appropriate for data that has a relatively narrow range of values.
A dot density map represents quantities using randomly placed dots to form a density pattern inside a polygon. Each dot is equal to a predetermined attribute value—the more dots, the greater is the value of the polygon.
However, the density pattern may be different from the actual distribution of values, and a common technique is to use a masking layer to exclude certain areas, such as a neighborhood or a ZIP Code boundary, to create a more realistic depiction of where dots should be placed.
A chart map can be used to represent multiple attribute values for a single feature. ArcMap can create pie, bar, and stacked charts that can be similar in size or vary based on proportionality.
Click here to Download the BOOK Pdf for free
تعديل المقال
الأقسام الكتب الأجنبية