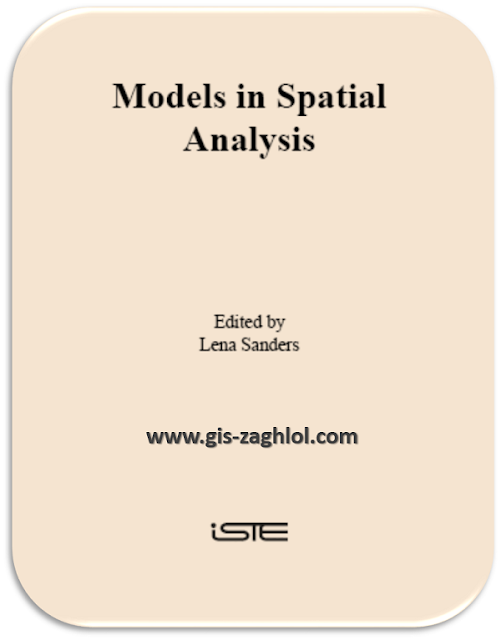 As with many other disciplines, those focusing on spatial analysis have to deal with a large number of complex issues with many particularities. They must therefore try to simplify, in order for the essential detail to stand out, the permanent and determining factor of the contingent and explain the problems in relation to what has been observed. As is the case with most soft sciences, as well as some material sciences, it is difficult for spatial analysis to rely on experience say from physicists or biologists. These are two good reasons that justify the need for simplification and for tools that will help in finding substitutions to traditional experimentation methods.
These two tasks can be achieved with the use of models. Based on a traditional definition by Haggett [HAG 65] and slightly modified, a model is a schematic representation of reality, developed with the goal of understanding and explaining it. The goal has two functions, didactic and heuristic.

Whether it be from the point of view of the biologist who works on a scale from particle to organism, or from that of social sciences and particularly the geographer analyzing events on a scale from individual to territory, notions of scale and scale changes are at the core of many discussions: we strive to understand relations or interactions between entities relative to different scales. The analysis or the modeling of these interactions has become a necessity for any discipline.
In geography, the notion of scale can be a source of ambiguity. It is always used in the sense of spatial resolution, but it can just as well refer to cartographic representation or levels of observation and analysis1. Here, we are focusing on the latter. Today, we no longer have to demonstrate that the analysis of a spatial event is directly linked to the geographical level of observation representing granularity, i.e. the order of magnitude chosen for the analysis. This leads to the consideration of space in relation to different orders of magnitude, each defining distinct perception levels.

Time-geography: Individuals in Time and Space

Geography uses data, methods and tools which, used together, can explain the terms and rules of the organization and production of space. To bring to light underlying structures and forms of spatial organization, it is necessary to take into account the process that created these structures; that is why the “space-time” question is very often at the core, implicitly or explicitly, of geographical arguments.
Two main approaches integrating time can be followed. The first approach, which is centered on the research of models of organization and evolution of spatial entities and systems, takes time into account in order to compare and measure the evolution of the spatial structures between different periods. The second, which focuses on the time of individuals, considers space as a variable describing the successive locations of the individual’s life path.
Click Here To Download The BOOK PDF
تعديل المقال
الأقسام الكتب والمعاجم نظم المعلومات الجغرافية