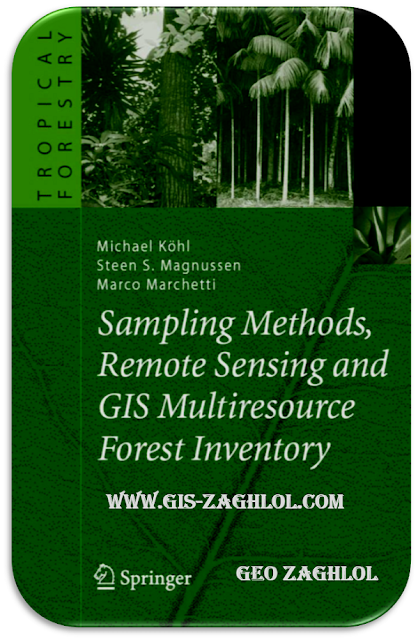 Inductive reasoning based on assessing a part of a whole is very much part of our daily life. For example, when cooking a pot of spaghetti we infer the al dente quality of all noodles by checking just a few.Where “the whole” is diverse, complex, and extensive it might be risky to draw conclusions from only one or a few instances. Sampling is an example of inductive logic by which conclusions are inferred on the basis of a limited number of instances. A sample is a subset of a population, which itself is the entire set of elements for which estimates about specific characteristics are to be obtained.
In the context of forest resource assessments the collection of information by means of a complete enumeration is only feasible in exceptional situations. An alternative to complete enumeration is a sample survey, which serves as the basis for estimates or inference for the underlying population. The process of selecting a sample from a population is called sampling.

In planning a forest inventory, a range of methodological issues have to be considered. What data are to be collected? For which units of the population should they be collected? Which system of nomenclature (including measurement rules or definitions for each attribute to be assessed) is to be applied? How should data be captured and processed in order to derive the requested information? Additionally operational, organizational, and administrative issues have to be resolved. It is the objective of the survey design to settle these issues with respect to the available budget and the information needs. Ideally this process could be formulated as an optimization problem.What is the best design under a fixed set of resources and precision target? Examples of how this problem is resolved in various settings are found in, for example, "Mandallaz 2001, Brus et al. 2002, and Arner et al. 200". Historic material in the form of data from previous or related surveys provides a good source of prior information of what the intended sampling may produce.
A second set of methodological issues deals with the question of how to select the sample from the population (i.e., the sample selection) and how to derive suitable estimates from the data collected (i.e., the estimation procedures). Based on sampling theory, a variety of techniques have been developed for sample selection and estimation. It is the objective of the sampling design to select the most appropriate sampling methods in light of a set of overarching objectives and constraints. The sampling design itself is part of the survey design. Sampling designs can be divided into two main groups depending on whether data and information outside the variables of primary interest (auxiliary information) are used to shape the design and/or the estimators:
In sampling designs without auxiliary information, only the observations on the variables of interest are used to derive the parameters.
The populations we deal with in forest inventory can be described by a long list of attributes, some associated with the trees, others with the environment in which they grow or have grown. Information on several of these attributes may be available to the survey analyst at the time a survey is planned. Available information that is in some way associated with the attribute of interest for the survey can often be incorporated in the design for stratification or assignment of selection probabilities and in the estimators in the form of predictors. Common examples of auxiliary information in forest inventory include aerial photography, satellite imagery, and various thematic maps. As a rule, sampling designs/estimators that exploit auxiliary information optimally are more efficient than design/estimators that ignore this information.
Click here to Download the BOOK Pdf For Free
تعديل المقال
الأقسام الكتب والمعاجم