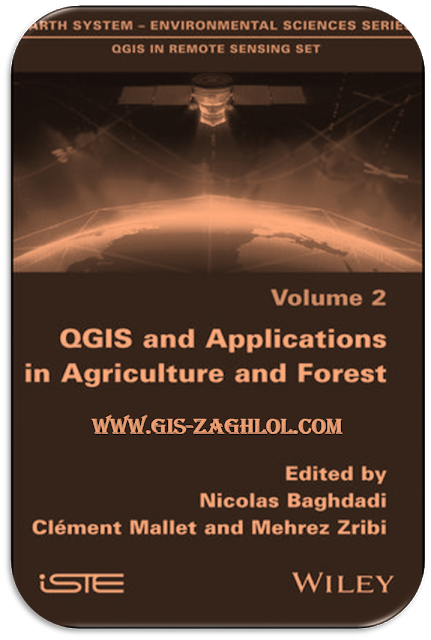 The spatio-temporal monitoring of soil moisture in agricultural areas is of great importance for numerous applications, particularly those related to the continental water cycle. The use of in situ sensors ensures this monitoring but the technique is very costly and can only be carried out on a very small agricultural area, hence the importance of spatial remote sensing that now enables large-scale operational mapping of soil moisture with high spatio-temporal resolution.
Radar data have long been used to estimate and map the surface soil moisture of bare soils [BAG 16b]. In fact, physical, empirical and semi-empirical models were developed to invert the radar signal to monitor the soil moisture at different spatial scales (intra-plot scale, plot scale, on grids of a few hundred m² to a few km²). Over vegetated cover surfaces, the coupling of radar and optical data is often necessary to estimate the surface soil moisture. Optical data are complementary to radar data, and their interest lies in their potential to estimate the physical parameters of vegetation, for example Leaf Area Index (LAI) from satellite indices such as the Normalized Difference Vegetation Index (NDVI). These parameters make it possible to evaluate the contribution of the vegetation in the backscattered radar signal, to extract the soil contribution and to finally invert it in order to estimate the surface soil moisture.

Within the framework of the common agricultural policy (CAP), farmers must declare the nature and surfaces of their farm crops for which they apply to the European Union for aid. Since 2002, these declarations have been gathered in a database, which became cartographic in 2006 and which is called the RPG (Registre Parcellaire Graphique) in France. The RPG is the French version of the European Land Parcel Identification System (LPIS) database [MAR 14]. The RPG, managed by the French Agency of Services and Payment (ASP), is on a 1/5,000 scale and makes it possible to precisely locate the main crops at the national territory level each year. This information makes it possible to study the geographical distribution of crops and, by combining several years of RPG, to reconstitute crop sequences, which comprises key information on the farmers’ practices and their potential impacts on the environment. RPG data are organized around “crop groups”. Each crop group includes one or several individual crops. The Agricultural Pressure and Socio-Economic Coordination on water catchment areas (PACS-AAC) project, set up by the INRA/AgroParisTech SADAPT research unit and financed by the French agency for biodiversity, aims at spatially rebuilding crop sequences on a territory around a catchment area, in order to carry out better diagnosis and monitoring for water resources protection. SADAPT thus developed RPG explorer software [MAR 17] in order to automate the reconstitution of crop sequences from several years of RPG data. However, until 2015, a limit associated with RPG data was that crop information was not precisely located at the agricultural plot (AP) level, but related to farmer’s block (FB)/“îlot” level [SAG 08]. Referring to the spatial arrangement of crops, it is indeed necessary to distinguish different possible geographical entities:
Click Here To Download The BOOK PDF
تعديل المقال
الأقسام الكتب الأجنبية