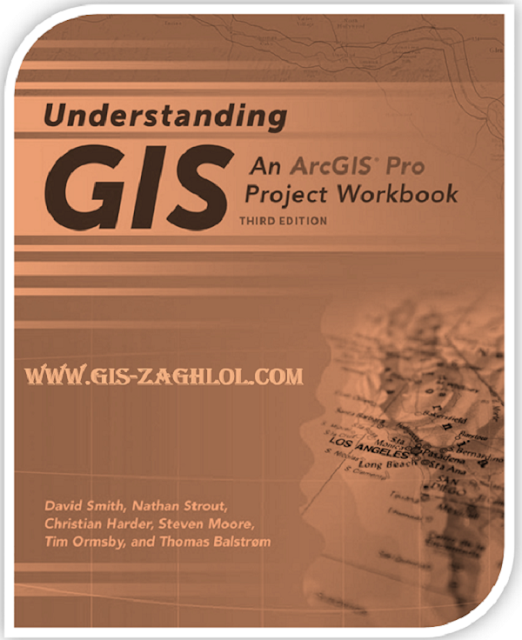 Preview the data in ArcGIs Pro

solve the problem of where to locate a park. You explored the study area in lesson 1. Now you can proceed more systematically. What data do you have? How useful is it? Is there data that you need but don’t have? Has the problem been stated clearly enough for you to know what data you need? Acquiring, evaluating, and organizing data is a big part of an analysis project. This book doesn’t fully re-create the complexity of the real world because we’ve provided all the basic data required. On the other hand, much of the data isn’t project-ready, and that need for further preparation reflects the real world of GIS.
The first thing you’ll do in this lesson is draw up a planning document to help keep your tasks in focus. You’ll use this document to list the guidelines for the new park and translate them into specific needs for spatial and attribute data. After you itemize your data requirements in general terms (park data, river data, and so on), you’ll take stock of your source data and investigate its spatial and attribute properties. You’ll also familiarize yourself with metadata, which is the data you have about your data. Before you decide to use a particular dataset, you may want to know things such as who made the data, when, and to what standard of accuracy.
Once you have a better working knowledge of your data, you’ll reframe the problem statement. GIS is a quantitative technology: you can’t analyze a problem until it’s been stated in measurable terms. Wherever you find the city council’s guidelines to be vague, you’ll replace them with hard numbers.

Choose the data in ArcGIS Pro

in the analysis is your first goal in this lesson. You came across a few situations in lesson 2 (with rivers, parks, and census units) in which different datasets stored similar features and attributes. How do you choose one dataset over another, which you’ll be doing in exercise 3a?
Here are some considerations:
Your second goal is to choose a coordinate system for the analysis. In reality, that decision is often determined by prevailing standards in your organization, or by more or less default best choices for a given study area. For example, it makes sense for you to use the state plane coordinate system of 1983 because it is specifically designed to minimize spatial distortion for more than a hundred local areas (such as yours) within the United States.
Although the choice of a coordinate system bears directly on your project, exercise 3b also contains background material about coordinate systems (what they are, why they matter, how they’re managed) that is important to know for any GIS work.

Build the database in ArcGIS Pro

in your project. In the early, exploratory phases, you looked at data both in and out of maps and evaluated it from various standpoints. You worked a lot with layer properties, but you didn’t operate directly on the data. You’ll do that now.
You have two main tasks in this lesson. Your first task will be to populate the LARiver_ParkSite project geodatabase with the data-sets that you chose in lesson 3. Working with the data will be your introduction to the geographic data processing, or “geoprocessing,” tools that make ArcGIS so powerful. That raises the question of whether the project really should have its own database. Couldn’t you continue to use the collection of folders and files you’ve been working with so far? Yes, you could, but there are good reasons to consolidate the data and use the LARiver_ParkSite project geodata-base that was created automatically when you created the project:
Your second task in this lesson will be to complete the preparation tasks in the data requirements table. Beside using geoprocessing tools, you’ll do spatial queries, table calculations, and other operations.

Automate the analysis in ArcGIS

occur after you’ve finished the analysis. Maybe an updated table of vacant parcels becomes available. Maybe after seeing the results, the city council wants to add or remove criteria, or see how a change in threshold values affects the outcome. Of course, you could redo the analysis, but even a small change—especially if it comes at the beginning of the process—could make a lot of tedious work. This is the moment to introduce ModelBuilder™. ModelBuilder can encapsulate your entire workflow in a model—a custom geoprocessing tool that runs with the push of a button.
A model looks like a flowchart or schematic diagram that shows the steps for manufacturing a product. Inputs, outputs, and processes are represented by geometrical shapes. Arrows connect the shapes to show the sequence of operations. For an example, see the sidebar “Understanding a model” later in this lesson.
A model is more than a visual aid, it’s also an engine. The datasets and tools it represents are embedded in the model’s schematic elements, so that running a model sets in motion a chain of geoprocessing operations. In this case, the model will basically repeat the analysis tasks you did in lesson 6.
There are lots of good reasons to build a model from your analysis. First, since it is a diagram, a model makes the whole workflow transparent and open to scrutiny. This visualization may reveal the analysis’s weaknesses or confirm its validity—either way, it brings the methodology into the open. Second, a model stores, and thereby documents, the workflow, sparing you the task of keeping detailed notes on what you did and wh you did it. Third, models are flexible. They easily accommodate the kinds of changes to inputs or parameters mentione above with little effort on your part. Fourth, models can be shared with colleagues, saving development work and encouraging collaboration on sound methods and best practices. Fifth, models run quickly—just wait and see.
Click here to Download The BOOK pdf
تعديل المقال
الأقسام الكتب الأجنبية