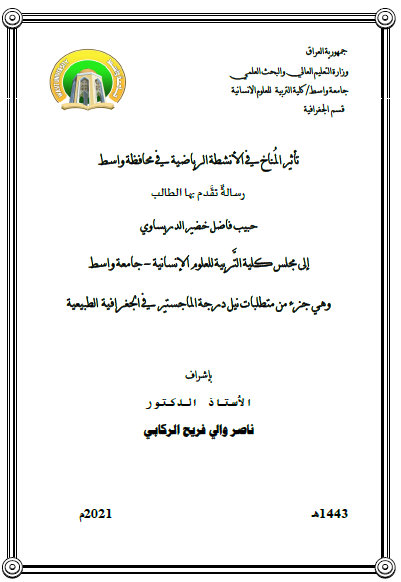 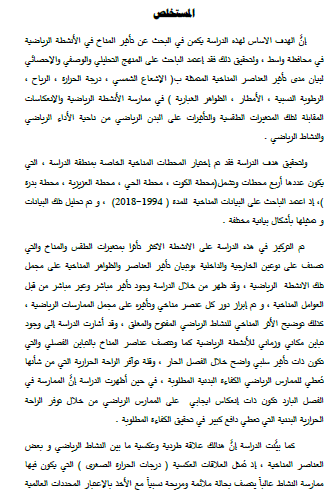 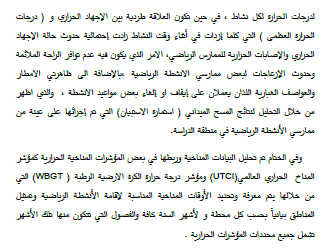 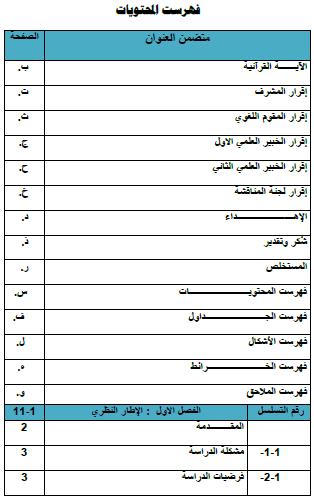 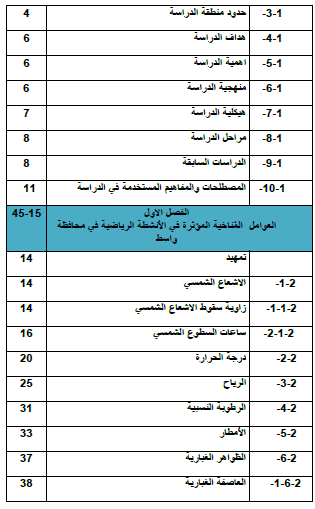 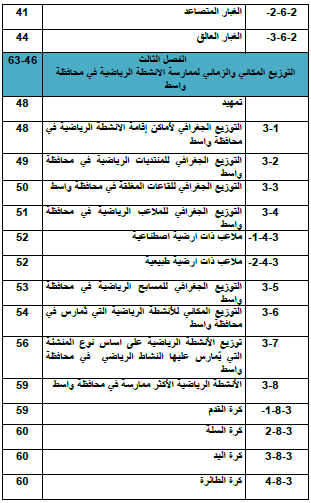 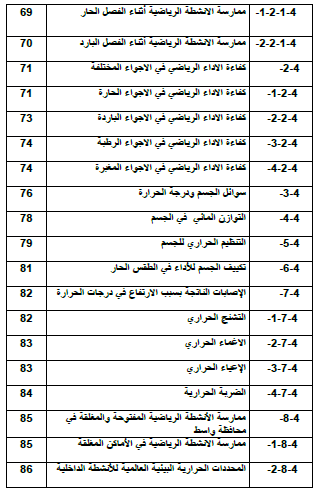 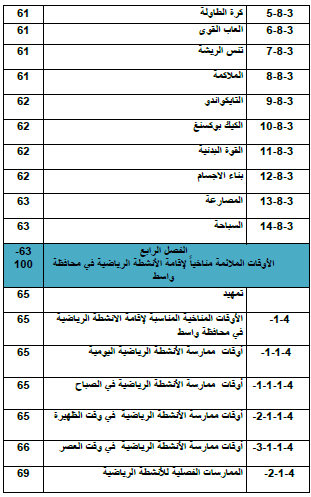 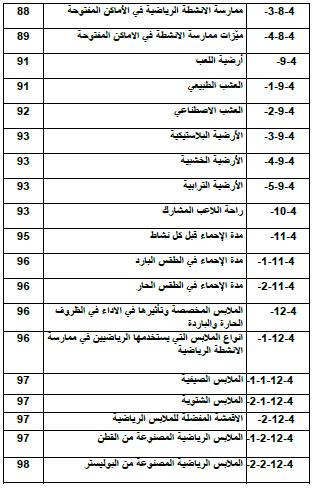 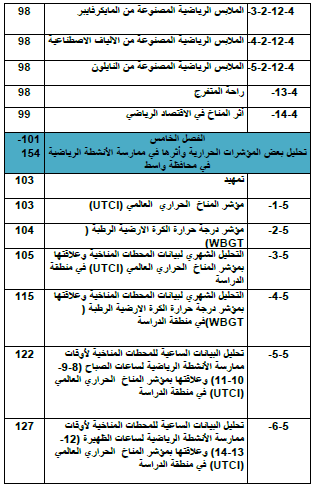 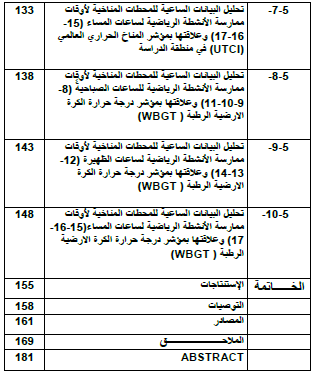 The Effect of Climate In Sports Activities
In Waist Governorate
A Thesis Submitted By
Habeeb Fadhel Khudhair AL- Drisawi
To the Council of the College of Education for Human as A partial of the Requirements Sciences- University of Waist for a Master's Degree in Physical Geography
Supervised by
Prof. Dr
(Nasser Wali Frayeh AL-Rekaby)
1443 A.H - 2021 A.D 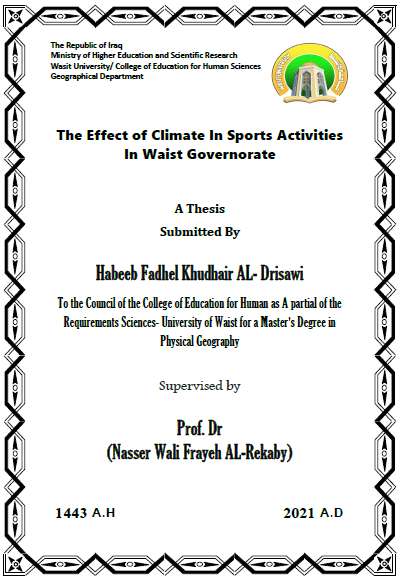 ABSTRACT
The main objective of this study is to search for the influence of climate on sports activities in Wasit Governorate. Represented by (solar radiation, temperature, wind, relative humidity, rain, dusty phenomena) in the practice of sports activities and the corresponding reflections of those weather variables and the effects on the sports body in terms of sports performance and sports activity, To achieve the goal of the study, the climatic stations of the study area were selected, which are four stations and include (Al-Kut station, Al-Hay station, Al-Aziziyah station, Badra station), as the researcher relied on climatic data for the period (1994-2018), and these data were analyzed And represent them in different graphs.
The focus in this study is on the activities most affected by weather and climate variables, which are classified into two types, external and internal, and showing the influence of climatic elements and phenomena on all those sports activities. A climatic element and its impact on all sports practices, as well as an explanation of the climatic impact of open and closed sports.
The study indicated that there is a spatial and temporal variation in sports activities, and the climate elements are characterized by seasonal variation, which has a clear negative impact during the hot season, and the lack of thermal comfort that would give the athlete the required physical efficiency, while the study showed that the practice in the cold season is It has a positive impact on the athlete through the availability of physical thermal comfort that gives a great motivation in achieving the required efficiency,The study also showed that there is a direct and inverse relationship between sports activity and some climatic elements, as they represent the inverse relationships (minimum temperatures) in which the practice of activity is often characterized by an appropriate and relatively comfortable condition, taking into account the global determinants of temperature for each activity, while the There is a direct relationship between heat stress and (maximum temperatures), which the more it increases during the time of activity, the greater the probability of the occurrence of a state of heat stress and thermal injuries for the athlete, The matter in which the lack of adequate comfort and the occurrence of disturbances for some sports practitioners, in addition to the phenomena of rain and dust storms that work to stop or cancel some of the dates of activities, which was shown through the analysis of the results of the field survey(questionnaire form) that was conducted on a sample of practitioners Sports activities in the study area.
In conclusion, the climatic data was analyzed and linked in some thermal climatic indicators such as the Global Thermal Climate Index (UTCI) and the Wet Globe Temperature Index (WBGT), through which the appropriate climatic times are known and determined for the establishment of sports activities and the graphic representation of regions according to each station and for all months of the year And the seasons that make up those months include all the determinants of thermal indicators. 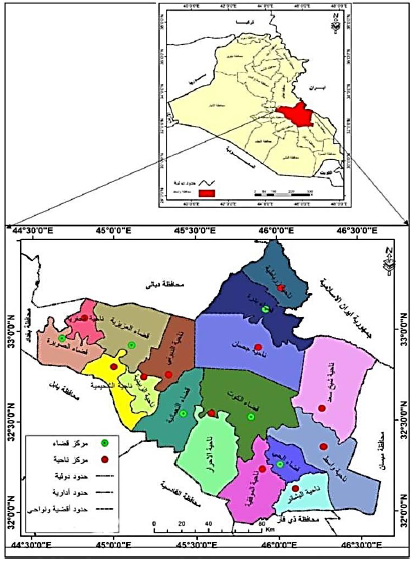