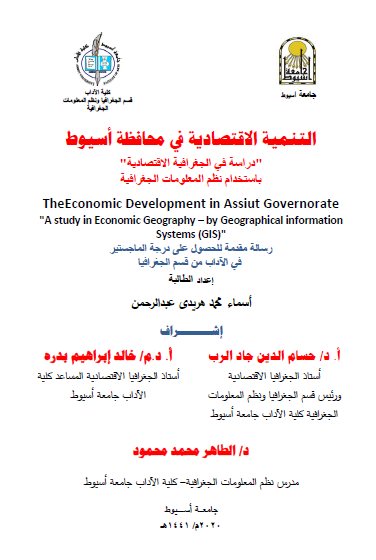 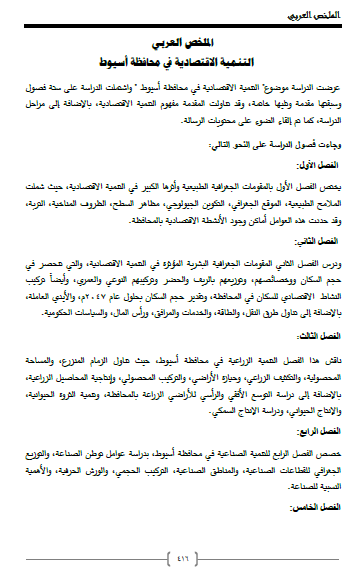 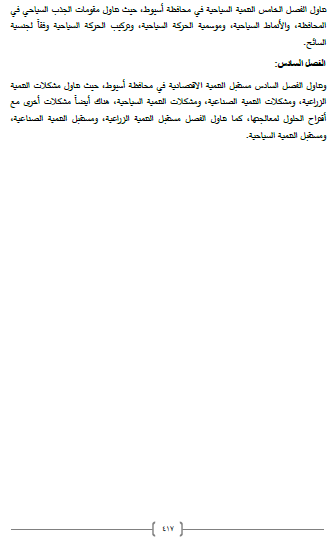 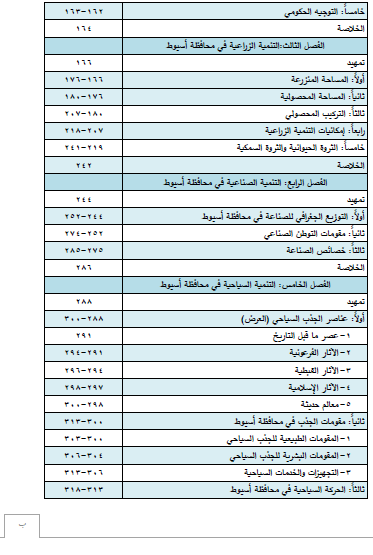 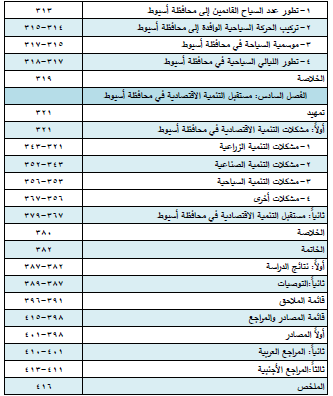 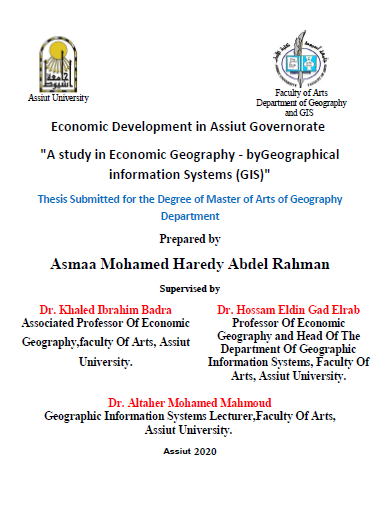 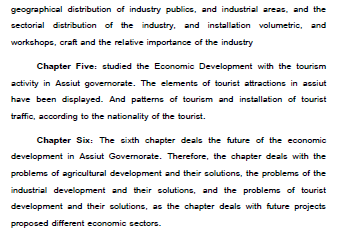 Abstract
The study presents the subject of “Economic Development of Assiut Governorate” where the study includes six chapters by an introduction and followed by a conclusion. The introduction deals with the concept of economic development, in addition to the phases of the study. Furthermore, light is shed on the contents of the thesis. The chapters of the thesis are arranged as follows:
Chapter one: respects to the tents of natural influence in the economic development of geographical location, geological formation, and aspects of the surface, the climate and soil such factors have identified the existence of the economic activities in the governorate.
Chapter Two: studied the ingredient of human impacted on the economic development at the Assiut governorate. Such a human factor includes only the populations and their characteristics. The thesis studied the populations, the distribution of urban and rural residents, including their gender and age, the economic activity in the governorate, estimate the size of population by the year 2047, and the workforce, in addition to addressing modes of transport, and energy sources, and the capital needed for development, as addressed facilities and services, and government policy.
Chapter Three: discussed the chapter with the agricultural activity, regarding the cultivated area, the land possession, and intensification, the crop structure, the chapter deals with the protected agriculture, horizontal and vertical expansion of land, and livestock production in the area animal production, the relative importance of agricultural and livestock production in the study area.
Chapter Four: devoted to the Industrial development Assiut governorate with the study of the industry, endemic factors. And the geographical distribution of industry publics, and industrial areas, and the sectorial distribution of the industry, and installation volumetric, and workshops, craft and the relative importance of the industry
Chapter Five: studied the Economic Development with the tourism activity in Assiut governorate. The elements of tourist attractions in assiut have been displayed. And patterns of tourism and installation of tourist traffic, according to the nationality of the tourist.
Chapter Six: The sixth chapter deals the future of the economic development in Assiut Governorate. Therefore, the chapter deals with the problems of agricultural development and their solutions, the problems of the industrial development and their solutions, and the problems of tourist development and their solutions, as the chapter deals with future projects proposed different economic sectors. 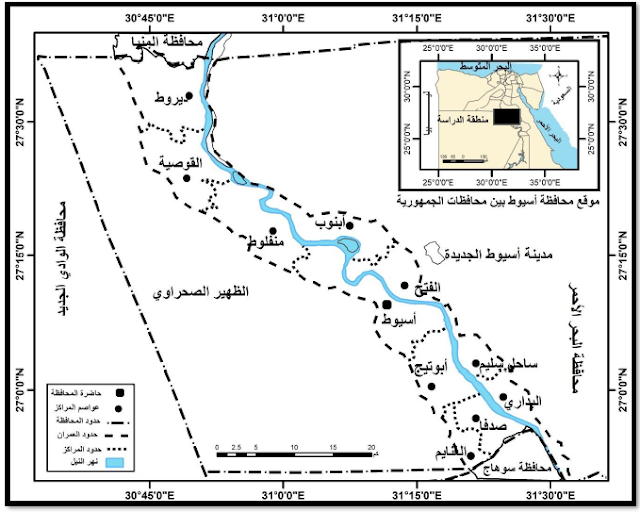