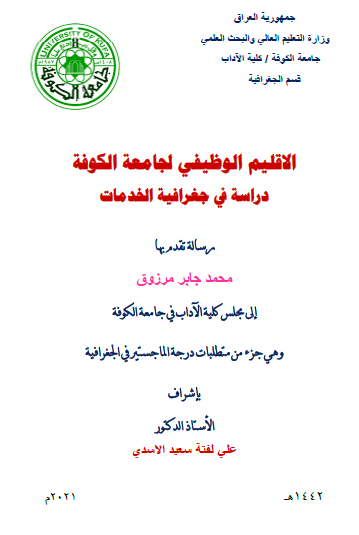 The University of Kufa Functional Region
A Study in the Geography of Services
A Thesis
Submitted to:-
The Council of the College of Arts / University of Kufa As A Partial Fulfillment of The Requirements for M.A. Degree in Geography
by:-
Mohammed Jabir Merzooqh
Supervised by :-
Prof. Dr. Ali Leftah Sa’eed Al-Asady
2021A.D - 1442A.H 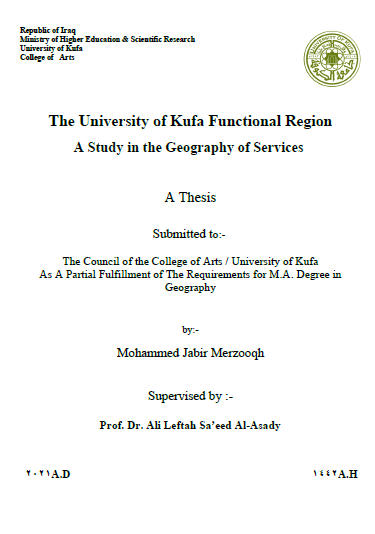 The study was restricted to the morning studies for university faculties students for the academic year The study  introduction included the study problem, the hypothesis, the aim, the importance and the methodology of the study  as well as the previous studies.

The first chapter exhibits the characteristics of the University of Kufa and its historical development: it included the human factors that helped in establish the university, the characteristics of the university’s location and the quantitative development of the undergraduate studies,the postgraduate studies, the teaching staff and the officials since the beginning of the University establishment to academic year.

The third chapter sets out the demarcation of the functional region boundaries of the University of Kufa. It was found that the boundaries of the functional region served by the university included the centers of the districts and communes of  Al-Najaf Governorate, with all the governorates of Iraq, except Kurdistan Region. The study adopted the descriptive analytical method in analyzing the data collected from the concerning parties.  It also relied on the historical method in reviewing the developments witnessed by educational institutions at the University of Kufa.  GIS program was used to prepare the required maps. The degree of satisfaction was measured by distributing the questionnaire to the faculties’ students.

The study ended with conclusions and recommendations, the most important of which is the university was developed and grew by the increasing of its students, undergratuate and post graduate, as well as its teaching staff and its officials since its establishments. The study focuses on the functional efficiency of university institutions. It also shows that the student’s share of the university site did not reach the standard specified in the faculties that are located outside the main campus. The study  found that most of the university’s faculties students are not satisfied with the available services, the most important of which are bathrooms, as for other services  the percentage of their satisfaction with it is varied.

As for the recommendations, the most important of which was to determine the number of the admitted students so that it fits with the absorptive capacity of the university faculties to reduce the burden on the university, and also to work on building within the main campus of the university, for the faculties or colleges which is located outside it the and spread in the city of Al-Najaf and Kufa, as well as the introduction of modern means in the university education due to its important in teaching development and progressing, and its effect on society bu providing it with the scientific skills help in developing society on the social and economic levels. 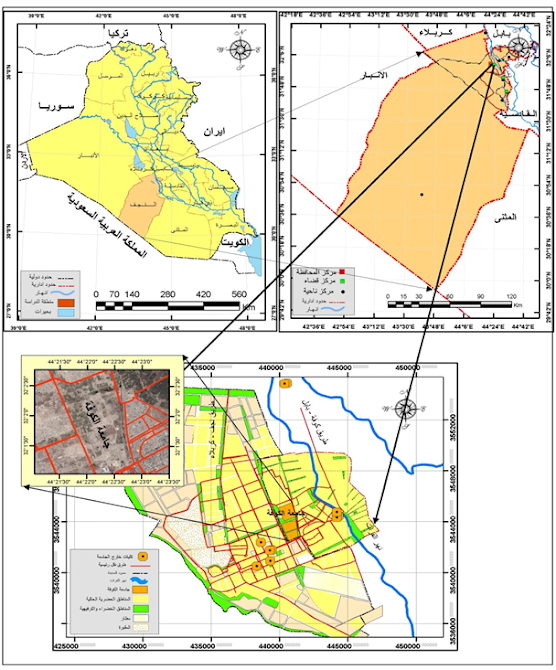