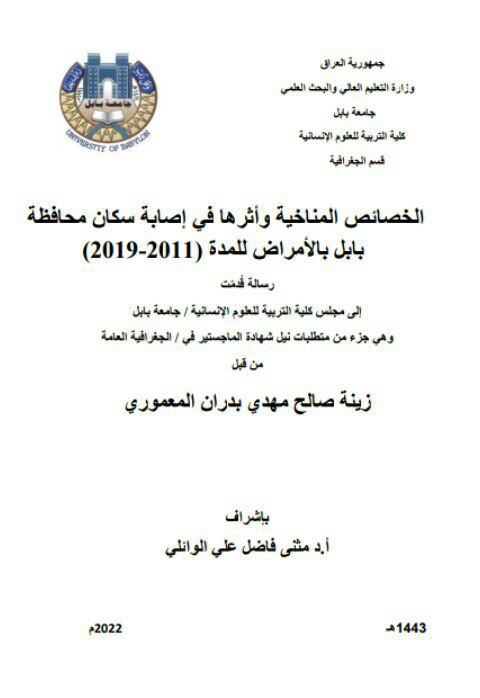 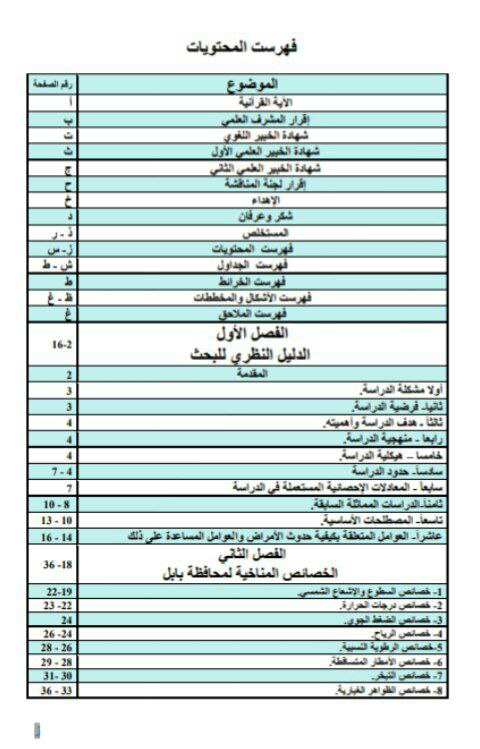 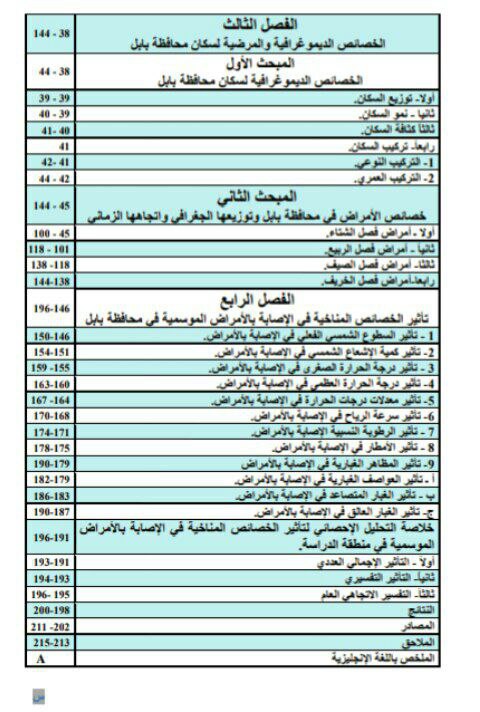 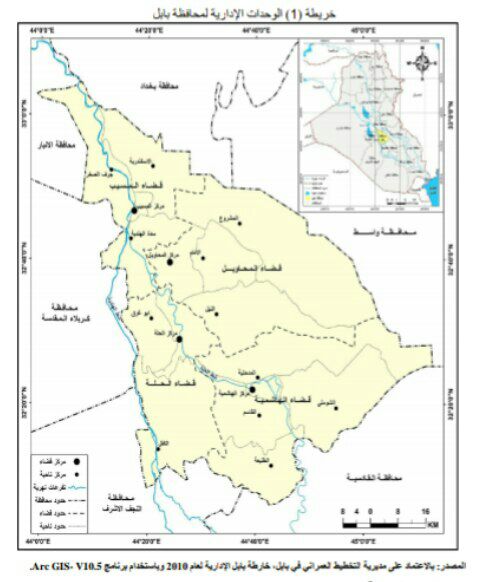 Climatic Characteristics and Their Impact on the Disease of Residents of Babylon Province (2011_2019)
A thesis to the Council of the College of Education for Humanities Sciences University of Babylon as a partial Fulfillment of Requirements for Master in Educational / General Geography
By:
Zeena Salih Mahdi Badran AL-Ma’mouri
Supervised by:
prof. Dr Muthanna Fadhil Ali
1443 AH - 2022 AD 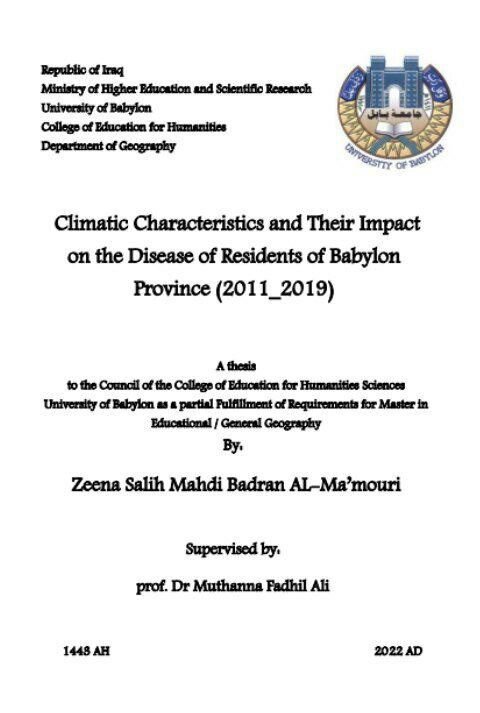 One recent and important study that applied climatology has drawn attention to is the study of the impact of elements and phenomena of climate on human health and their relationship to the emergence of diseases.

Our study, The Impact of the Characteristics of the Climate of the Province of Babylon on Seasonal Disease, adopted for Duration (2011- 2019), Shows the Impact of the Characteristics of a Number of Elements and Phenomena of Climate on a Number of Diseases Do these diseases take a particular seasonal pattern of conservation, showing the geographical distribution of these diseases within the administrative units of the study area, and the most important pathogens are addressed.

Chapter I contained the theoretical guide to the communication and covered the problem, hypotheses, justification and purpose of the research, as well as the methodology, temporal and spatial limits of the study and its region, as well as previous studies, and thus the identification of basic terms relevant to the subject matter of the study.

The second chapter examined the climatic characteristics of the study area and described its temporal trends on a monthly, quarterly and annual basis (brightness and solar radiation, temperatures, air pressure, winds, relative humidity, rain, evaporation, dust phenomena). Chapter III began with the identification of the demographics of the population of the study area. The diseases under study are thus defined in terms of their general characteristics and causes, as defined by type and age groups, and are then distributed geographically.

In chapter IV, we describe the effects of elements and phenomena of climate on the incidence of the diseases under study, using a number of statistical factors as coefficients (regression, correlation, interpretation) and at a moral level (0.05), For the purpose of finding that effect and knowing its type, degree and strength between the climatic environment of the study area and the diseases in which it is frequently infected in certain seasons.

Our study, through its four chapters, produced a number of findings that came with the plans to solve the problems developed by the researcher, most notably the presence of 34 seasonal diseases, of which 19 were concentrated in the winter, while the summer (7) and spring (6). The least diseases came in the fall (only two). The seasonal distribution of ailments during the study period showed that the highest incidence was recorded in the winter (27,370), while the fall (19,377). At 24%, in the spring (19,028) there were 23%, and the lowest in the summer (16,113) there were 20%.