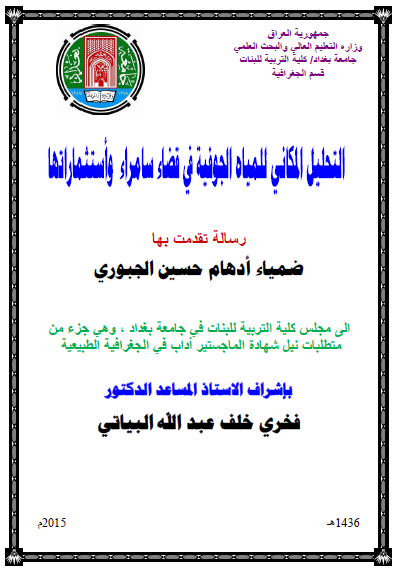 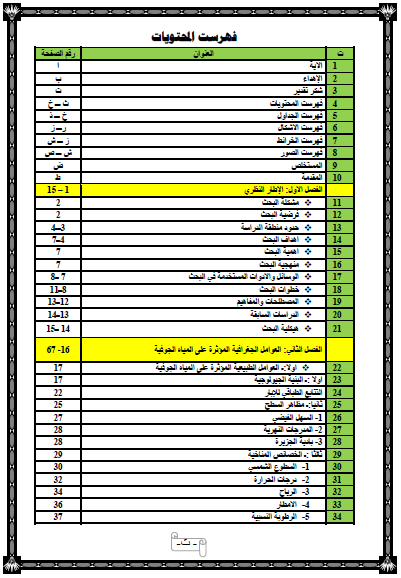 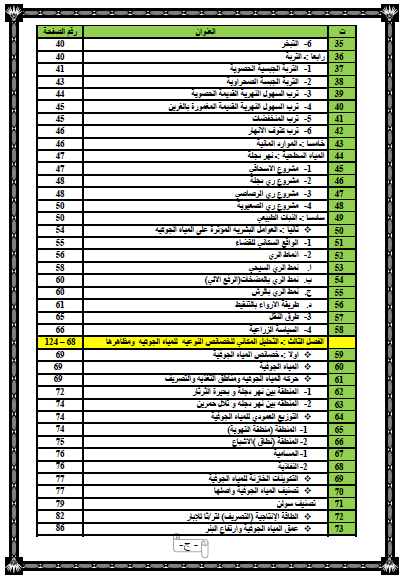 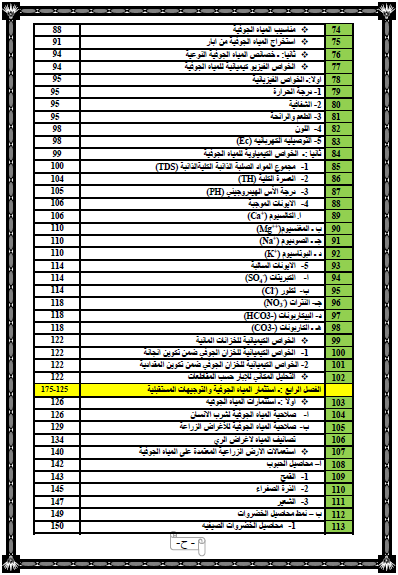 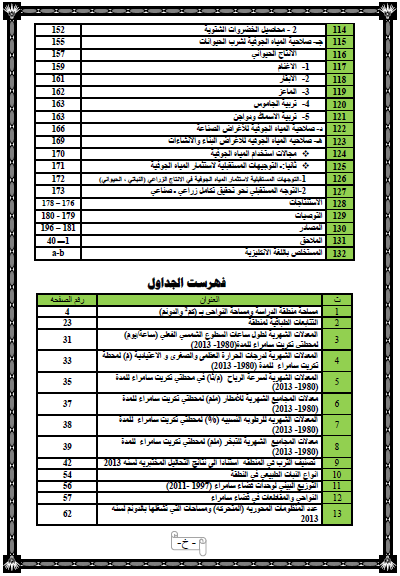 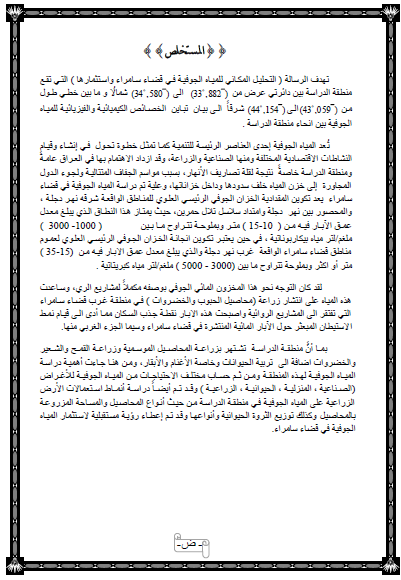 The spatial analysis and exploitation of groundwater in Samarra Qad'a

Thesis submitted
Dhamyaa Idham Hussein AL – Jubory
A THESIS Submitted to the council college of Education for Women ,University of Baghdad in partial fulfillment of the Requirements of the Master Degree of Arts in physical geography
Supervised by
Dr. Fakhri Khalaf Abdullah Al- Bayaty
2015 A.D - 1436 A.H 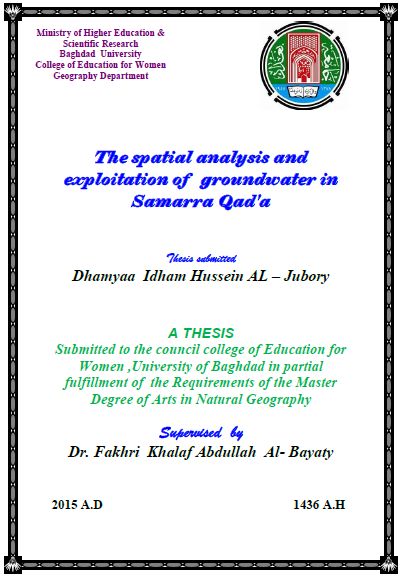 The study (The spatial analysis and exploitation of groundwater in Samarra Qad'a) which locates between latitudes (33° ,882َ )  and (34° ,580َ) North and longitudes (43° ,059َ )  and (44° ,154َ )  East , aims to show the discrepancy in the physical and chemical properties of the groundwater in different sides of the study area .

Ground water is regarded one of the main elements of development and represents an alteration step in establishing different economical industrial and agriculture activities, The interest in these aspects has increased in Iraq as a whole and the study area particularly as are suit of scarcity of rivers discharges due to successive dry seasons which made neighboring countries resort to store water behind dams and in side storages ,for this reason ground water in Samarra Qad,a has been studied.

Al-Mukdadiyah formation is regarded the main upper aquifer of the area East of Tigris River between the river and range extension of Himreen hills, The wells in this zone are characterized by a depth average between ( 10-15 ) m and a salinity between (1000 – 3000) mg/L , Injana formation is regarted the main upper aquifer in the whole area of Samarra Qad,a west of Tigris River where the average depth of its wells is between (15-35) m or more , and salinity between (3000-5000) mg/L ,The tendency was towards this ground water aquifer as a complementary water source for irrigation projects where this water helped in planting grains and vegetables crops in the area west of Samarra Qad,a which lacks for irrigation projects.

These wells became a point of attracting in habitants, which led to establishing a manner of disarranged settlement around the water wells, distributed in Samarra Qad,a especially its western part .

The study area is well-known by planting seasonal crops , wheat , barley and vegetables in addition to growing sheep and cows ,for which This study is important .

In order to realize the aims of this research , the study subject has been divided in to four chapters in addition to the most important -b- results that are the researcher has and her recommendations.

The first chapter (the theoretical frame) deals with ; the research's problem, hypothesis and aim, the study justifications , previous studies ,the research methodology (which includes in the field work, picking up 42 ground water samples randomly from different area of the Qad,a and digging of 18 soil pits and analyzing their elements), the boundaries of the study area and the import ante of the research and its justifications , the previous studies on which the study depends and the difficulties faced the research.

The second chapter deals with; the human and natural geographical properties and their effect on the existence of ground water and exploitation for agricultural purpose .

The third chapter deals with; spatial analysis of groundwater by specifying the recharging zones ,water aquifer layers , movement direction of groundwater, vertical distribution of groundwater, the study of its indications, and specific properties , and its suitability for different uses such as human drinking, animal drinking and irrigation.

A future vision of exploit sting the ground waters in the studied area has been given and in the light of the study ,the researcher has reached many conclusions and accordingly many recommendations have been made . 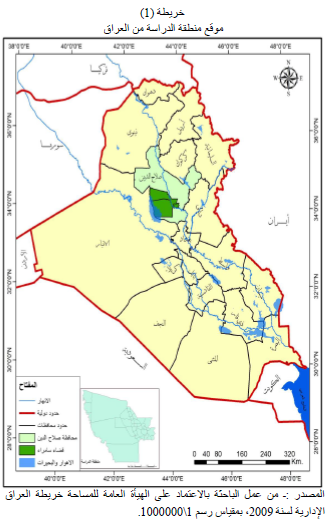 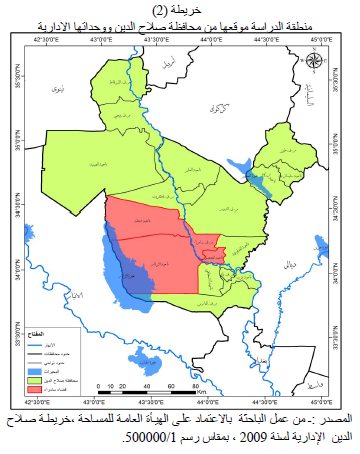