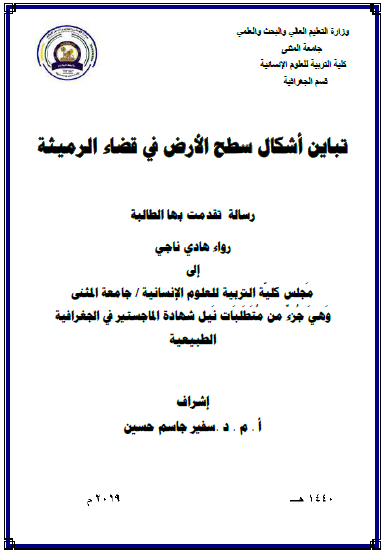 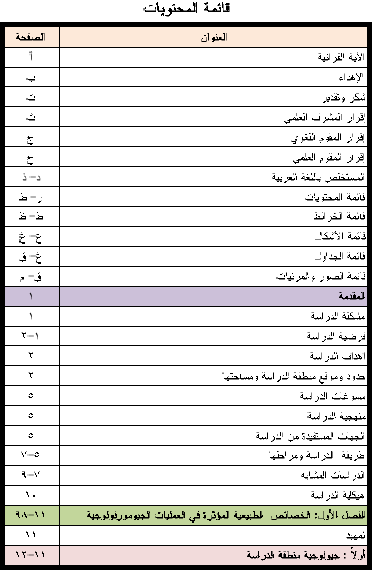 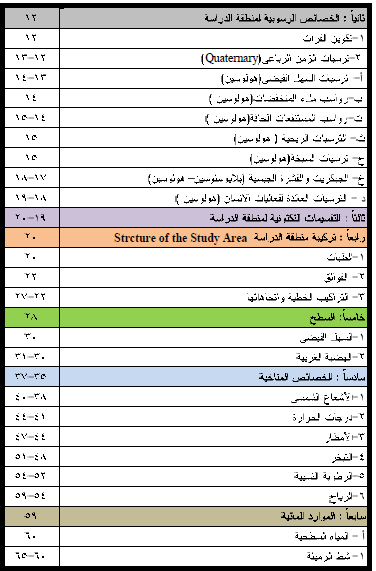 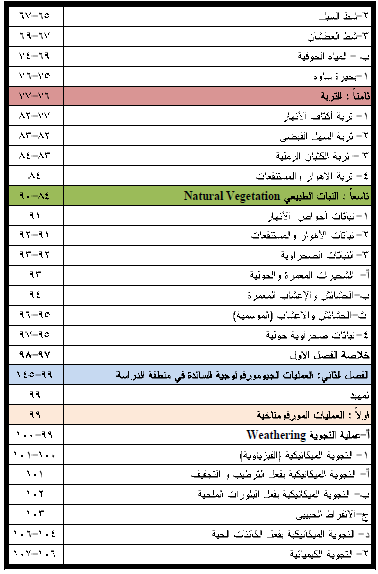 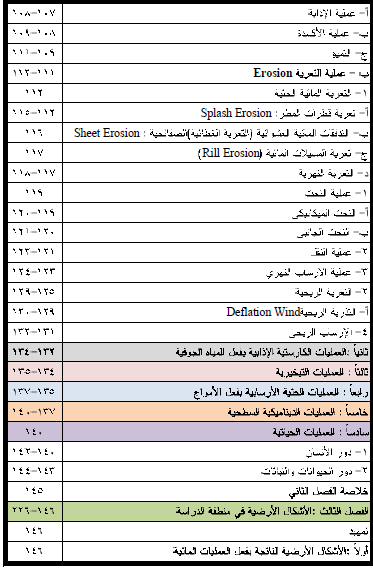 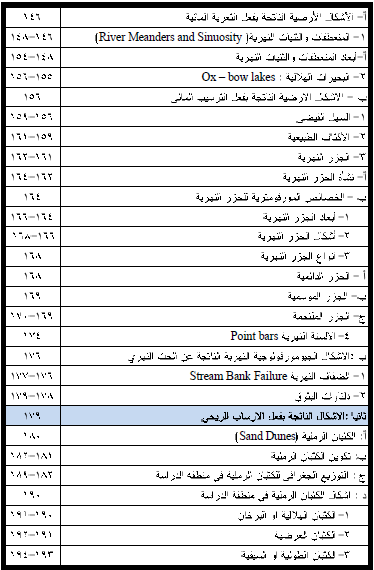 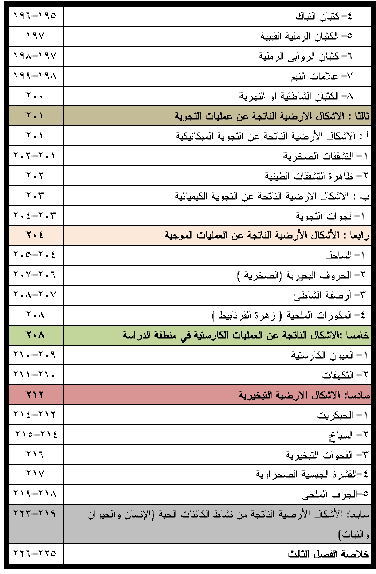 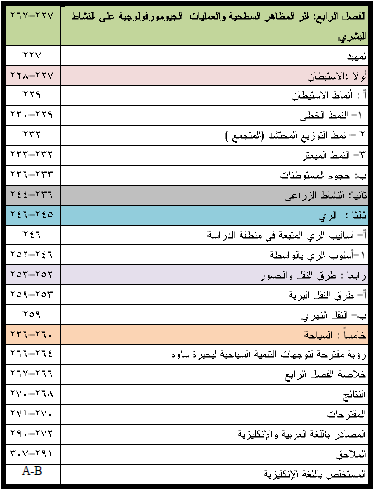 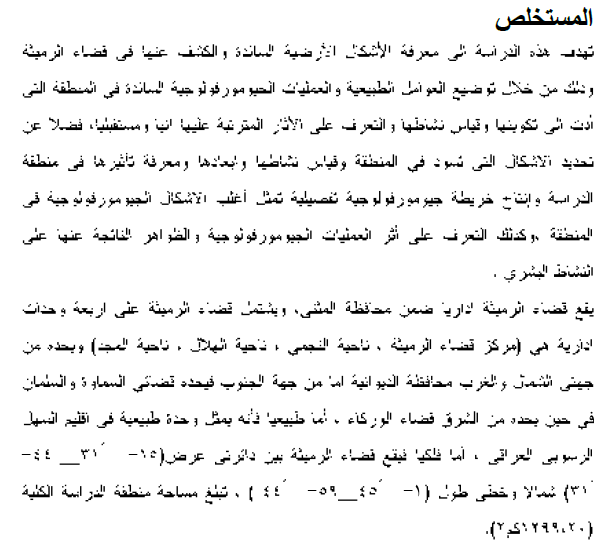 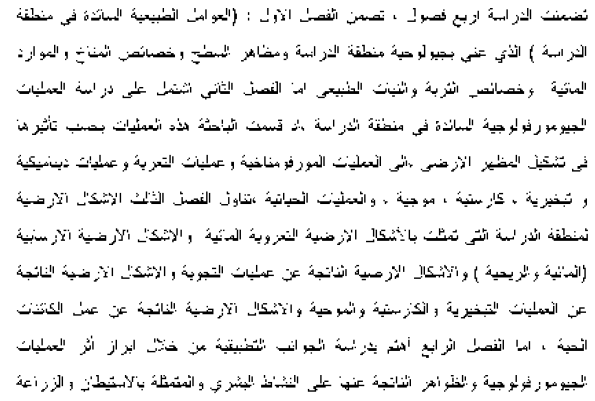 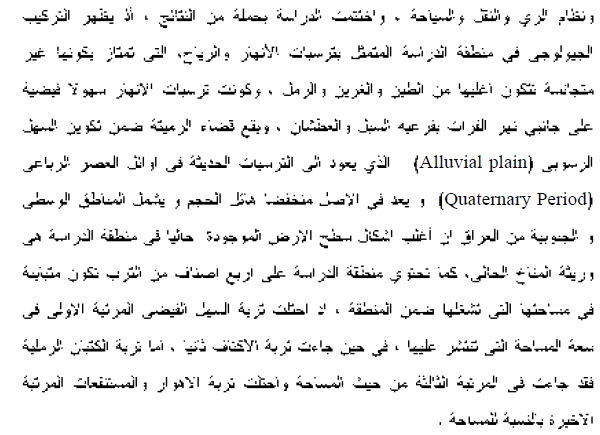 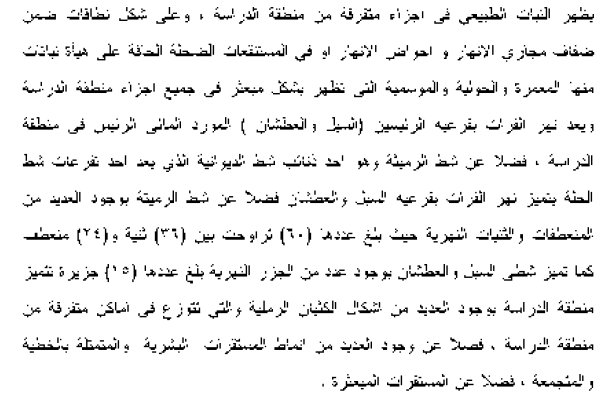 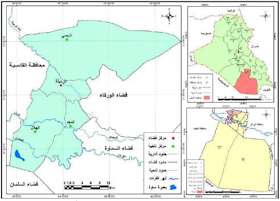 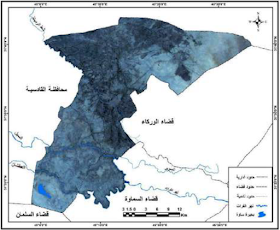 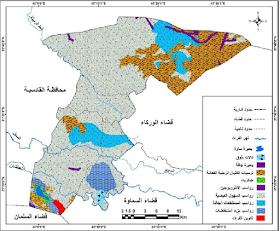 The Variation of Land forms in Al-Rumaitha

District
A Thesis
Submitted to the Council of the College of Education for
Humanities -University of Al-Muthanna
in Partial Fulfilment of the Requirements for the Degree
of Master of Arts in physical Geography
By:
Rawa'a Hadi Naji
Supervisors:
Assist. Prof. Dr.Safir Jasim Hussein
2019A.D. 1440A.H 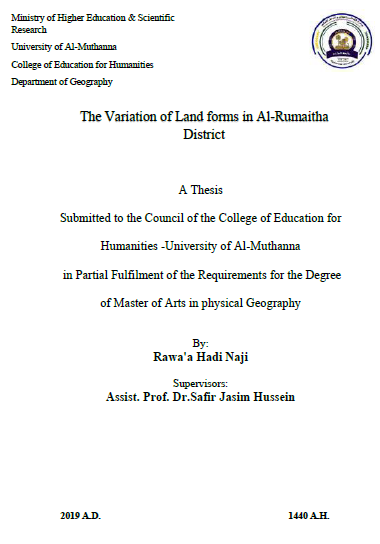