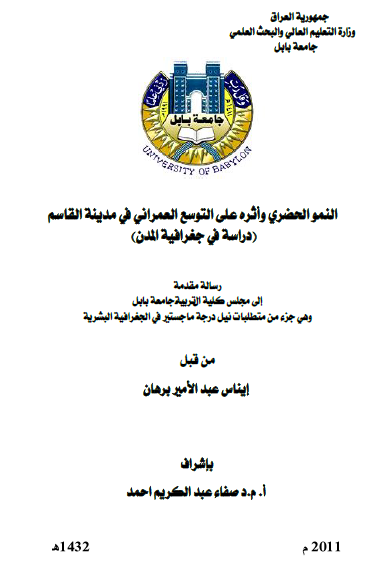 Abstract
The aim of this study is to show the human and physical features of the geographical environment. It is also to show the specifications that influence diagramming the dimensions of the physical expansion of the city. The study is about the way of manipulation of the urban land in the city, and specifying the directions of the area future expansion of the city.
The study has come to set solutions for the problem of the unbalanced physical expansion in the city. Therefore, the study should deal with population changes and uses of the urban land along with the morphological stages the city has faced. That is to clarify the contrast in the physical expansion processes during these stages and to draw the maps that explain them. Besides, the study gives a future expectation about population changes and expansion of the physical area of the city by means of (GIS).
The study has arrived at some conclusions. First, the location of the city is one of the factors that influenced its origination and growth. It lies on the way between Hilla and Diwaniya where it links the southern provinces with the northern ones. In addition, the religious factor plays an important role in the origination and development of the city through attracting a lot of immigrants coming from the neighboring cities because there are appropriate opportunities of living in the city. That led to population increase, growth of jobs and expansion of the area of the city. Furthermore, the study shows the uses of the urban land via applying some social, economic, physical and area standards adopted by Ministry of Planning. The study also indicates that there is a deficit in the competence of all the urban land uses. The continuation of the city in the current routines of urbanization confirms that the future of its population and area will reach large numbers and wide scopes that require their availability and planning for them to guarantee its balanced growth and to provide chances II of competent functional performance. As well as, the city suffers from a feeble competence in the services of infrastructures (water, electricity, drains, …etc). The study proved that there are some specifications for the physical expansion of the city inside and outside the primary diagram. The study shows that the best possible directions of future expansion of the city are the southern and northern directions because there are no physical or human specifications. The city suffers from the absence of planning in distributing the educational facilities in the way that does not fit population number and their distribution according to the districts of the city. Furthermore, the city submitted a great increase in population that reached (15597) in 1977 and ascended to (60814) according to estimation of 2007. As far as recommendations are concerned, they are represented the following suggestions. First, it is necessary to redesign a new basic diagram for the city and to build vertical buildings considering the current and future population increase. Secondly, the land uses should be modernized each five years. The problems of educational facilities should also be settled by establishing new ones and distributing them to the offices specialized in giving residential lands to the citizens depending on the adopted planning standards. The following step to solve this problem is to begin this project in order for every family to get a piece of land to inhabit. In addition, it is recommended to originate a system of draining wastewater and to treat it before releasing it into punctures. 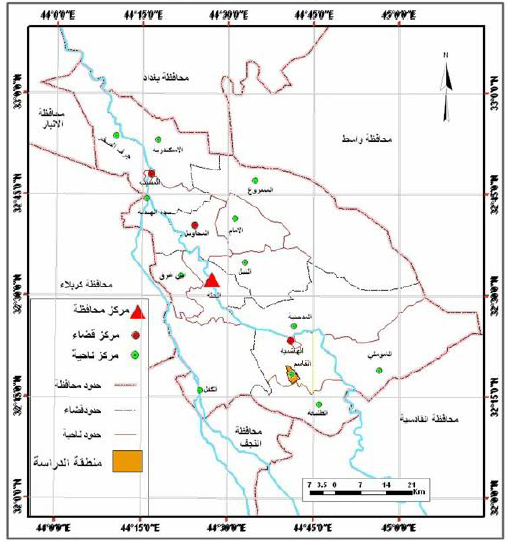 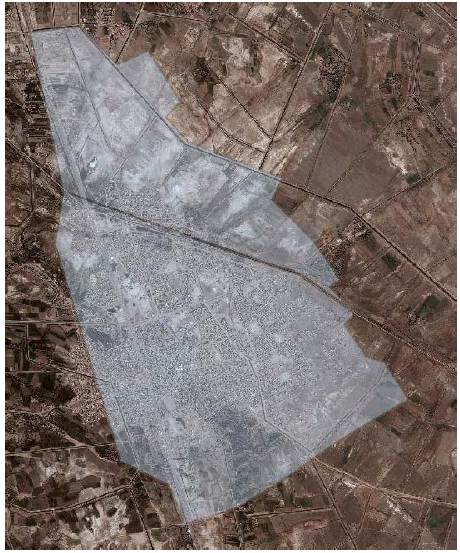