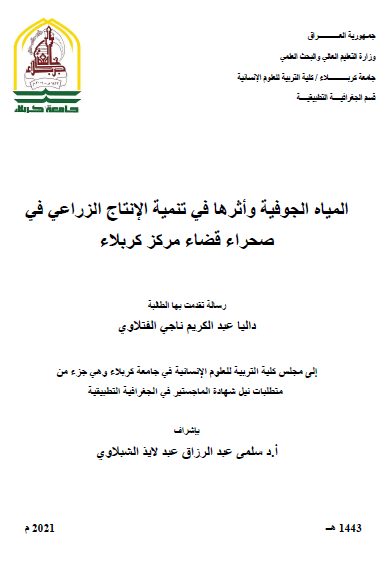 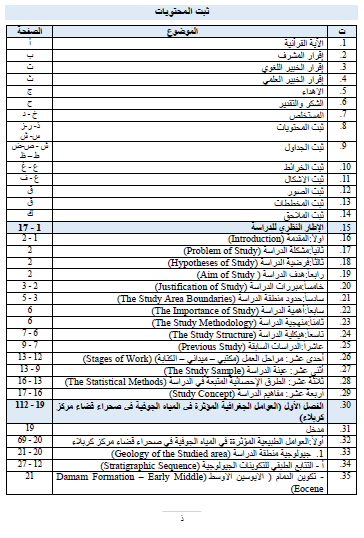 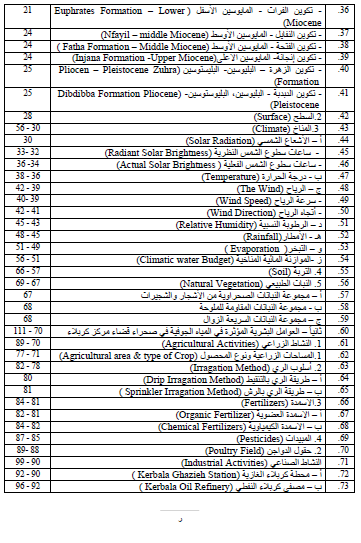 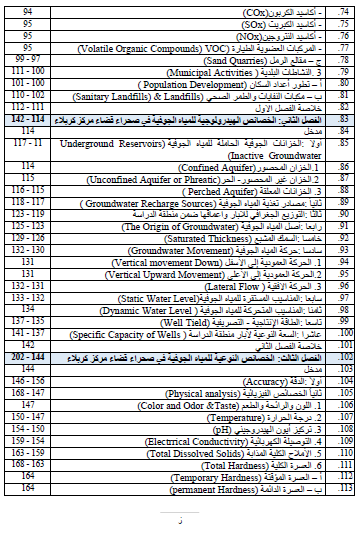 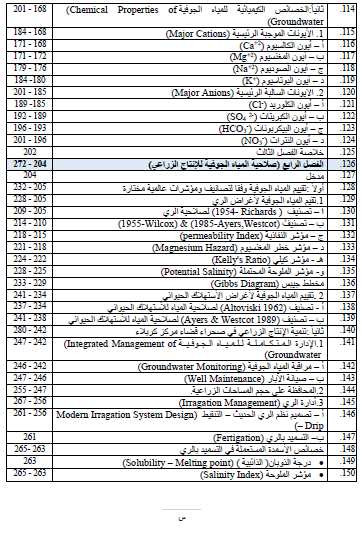 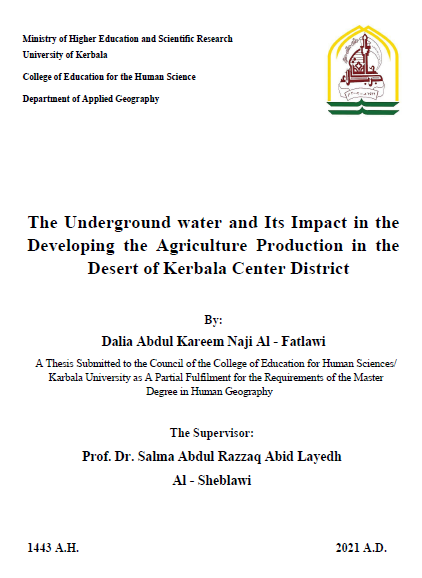 The Underground water and Its Impact in the Developing the Agriculture Production in the Desert of Kerbela Center District
The Current Study Investigates Features of the underground water (hydrology, hydro chemical) for it is an important factor in developing the agriculture production particularly in the area of the study which lies in the southern west part of karbala province between latitudes (32о.18´ -32о.38´) to the north, and longitude (44о .58´-44о.17´) to the east. It is like highland has little highness reaching (482.82 k.m.2).
The study area tackled the northern west part of branch Euphrates area which represents the western part of the Al Rafidain area of the stable pavement. The study focused on the extant of geographical factors´ impact (natural and human) and their various reflection on features of underground water. Through studying the geological history of the study area. It became that its establishment belong to the Tertiary and Quaternary eras ,in particular within the time of (Pliocene- Miocene ).This period has an important role which reflected on its structure of stones .The various joints systems that affected feeding the underground water store , and movement to underground water between reservoir .The climate factor including all its various elements had in impact on the water quality reaching the reservoir particularly the rain.
The water climate balance for the study area from (1989 -2019) showed clear water storage due to the climate changes during that period. The study also searched the prevailing soil quality which was diagnosed according to the field study and laboratory analysis, discovering that it is sand loams soil with high permeation that let water penetrate within a very short time. The kind of soil is considered an extension to the dominant land in the western highland in the western part of karbala province and Iraq type of the soil had a clear influence on the dominant plant type in the area ,where it was concluded to knowing the desert plants such as
(thistle,catamaran,and xeerphyet ) which has ability to bear dryness and high temperature .The study also showed the influence of various human factors´(the agriculture ,industrial ,and municipal activation) on feature of underground water and the degree of the influence on the quality and quantity of the underground water reservoir (Al Dibdibba) .Within the desert surface of the study area ,where the agriculture factor activation in influence on underground water through the water quantity drawn from wells to irrigated products ,and its influence extension on the underground reservoir ,as well as its influence of organic chemical fertilizers and pesticides on the quality features on the reservoir .Influence of the industrial factor was bound to pollution quantity emitted from the industrial activities filtration in addition to the role of these activities in decreasing the agriculture land of the study area.
Concerning the municipal factor ,its influence on the underground water was through the municipality activities represented by the quantity of the dominant waste and remains in the area and what solid and liquid pollution result from which form a danger threatens the quality of underground water .Also well hydrological features were analyzed in the study area in order to know the difference size in the level after ,feeding size ,permeation values which reached (532.70)m2 per day according to pumping and monitoring tests for a member of wells within the underground water reservoir ,while the transferring values reached (12.38)m2 per day, Also the organic of the underground water ,within the selected samples in the study area was limited according to hydro chemical function [r(Na/Cl)].water has sea shallow organic but it mixed with the continental class water stratified through the cracked and joints of the underground reservoir.

Permeation level for the well in the study area was limited through the formula [(T= 15.3(SC) A 0.66)] which limited permeation of every well depending on the drawdown factor and product drainage ability of the well to discover the specific capacity which is a part of formula measuring well permeation.The hydro chemical features is a part of underground water were analyzed in the study area through (18) samples for the two periods (wet and dry) in order to know the water quality according. 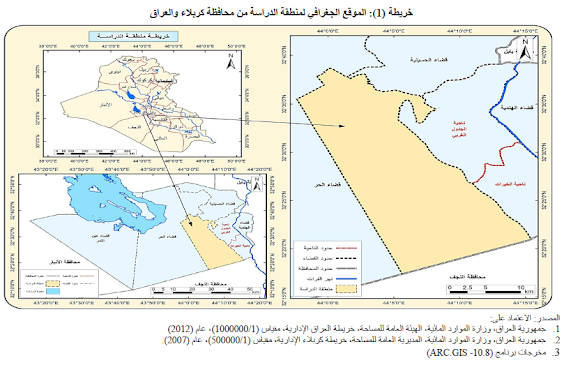 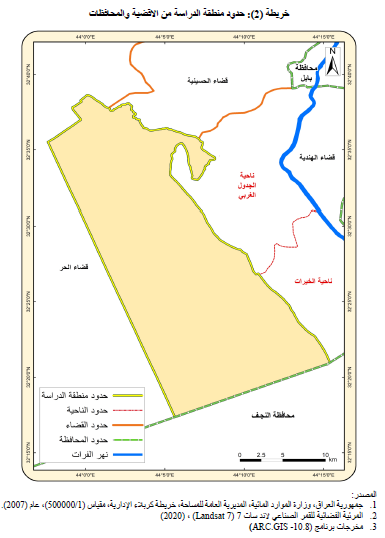